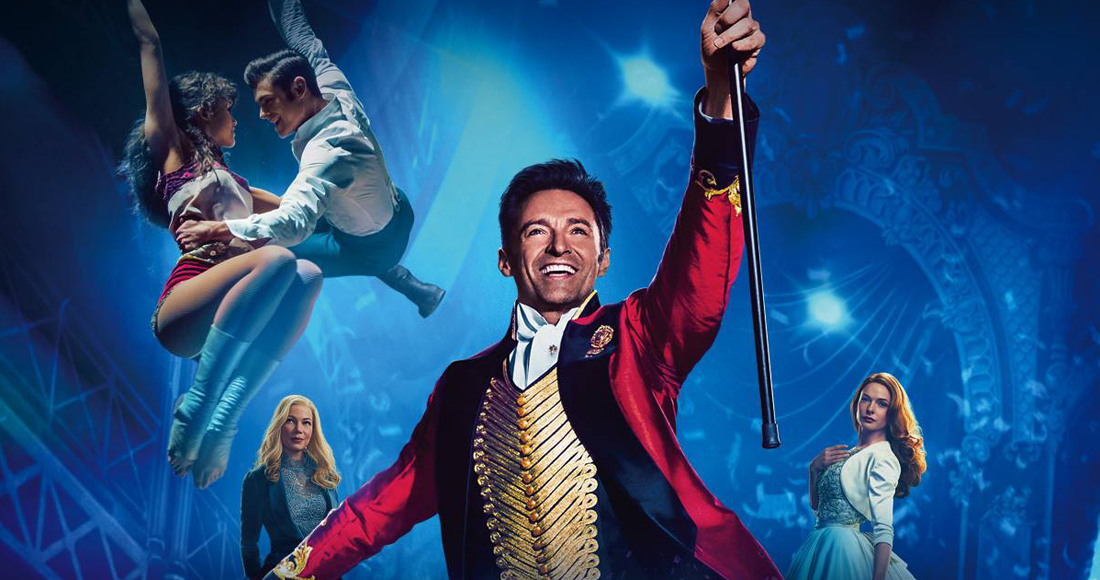 The Greatest Showman soundtrack has swooped in to claim the Number 1 on this week’s Official Albums Chart.

The collection, featuring songs by the cast including Hugh Jackman, Zac Efron, Zendaya and Michelle Williams, swings from 4 to Number 1 as the period drama musical continues to wow audiences across the UK.

The songs for the film were written by songwriting duo Benj Pasek and Justin Paul, whose previous works include James and the Giant Peach, Dear Evan Hansen and TV series Smash.

The pair told OfficialCharts.com:"We're honored and thrilled that U.K. audiences are responding to The Greatest Showman. The universal themes of inclusion and acceptance are what inspired every song on the soundtrack, and we couldn't be more proud of everyone involved. Also...does this mean we'll get an invite to Harry and Meghan's wedding?! Fingers crossed! Truly, we are blown away and could not be more excited."

Three of the album’s most popular tracks feature in the week’s Official Singles Chart: The Golden Globe-winning This Is Me at 16, The Greatest Show at 23 and Rewrite The Stars, a duet by Zac Efron and Zendaya, at 26.

The rules regarding chart eligibility for soundtracks have evolved over the course of the Official Albums Chart’s 60-year history. While the chart used to include albums by ‘Various Artists’ - encompassing soundtracks and compilations - since 1989 a soundtrack is eligible if it’s listed with a single artist credit (for example, ‘Original Cast Recording’), or if there’s a common thread between the songs pulled together for one ‘project’ and usually performed by members of the cast.

Meanwhile, The Greatest Showman pushes Ed Sheeran’s ÷ down to two, while Sam Smith’s The Thrill Of It All completes the Top 3.

Other big climbers this week include Post Malone’s debut Stoney, up nine places to 24, David Bowie’s Legacy leaps eight to return to the Top 40 at 33 on the week of the two-year anniversary of his death, and Phil Collins’ Take A Look A Me Now – Complete vaults 24 places to Number 36.