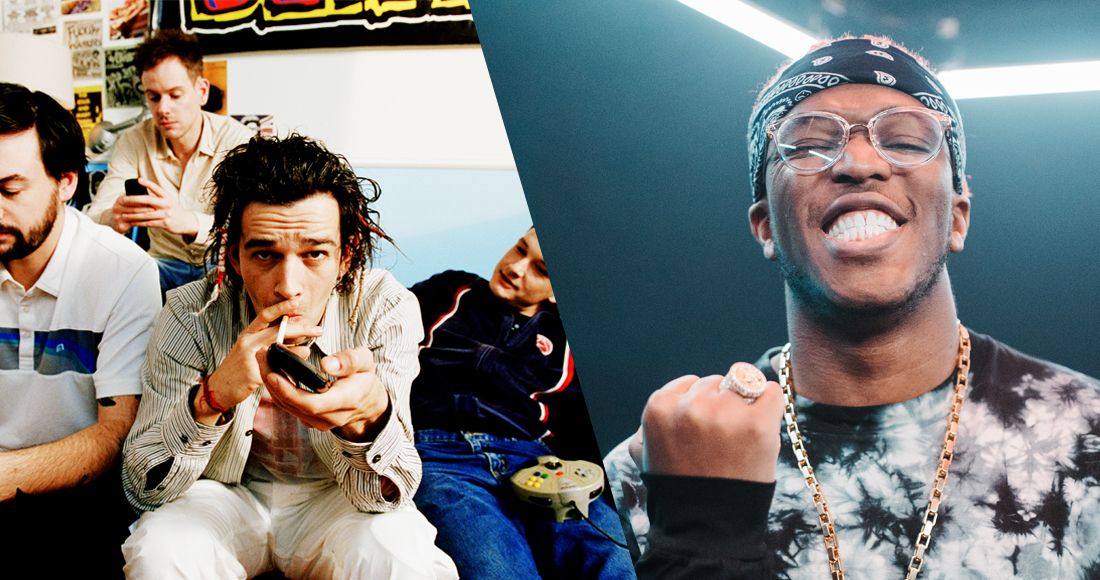 A fierce battle between KSI and The 1975 is emerging in the race for this week’s Number 1 on the Official Albums Chart.

Currently in pole position is The 1975 with their fourth studio album Notes on a Conditional Form. Leading on CD and vinyl sales, the mammoth 22-track album takes the lead overall at the mid-week point.

Chasing their tails at Number 2 however is UK rapper KSI with his debut studio album Dissimulation, which is leading on streaming and download formats.

KSI, who is one of the world’s most successful YouTubers with over 30 million subscribers, has so far landed four Top 40 singles – including two Top 10s – from the collection, including the Number 6-peaking Houdini ft. Swarmz & Tion Wayne. Watch KSI talk about the album and being taken seriously as a rapper below:

Meanwhile, The 1975’s record includes recent singles Me & You Together Song and If You’re Too Shy (Let Me Know), which is their highest charting song to date, peaking at Number 14.

Also eyeing up a Top 5 debut is rapper Agust D, better known as Suga from South Korean boyband BTS. His second mixtape under the moniker D-2 is currently at Number 3.

US rapper Gunna is poised for a Top 10 debut with Wunna (6), which will be his highest charting album yet if it stays on track.

Charlatans frontman Tim Burgess is at Number 9 midweek with his fifth solo album I Love The New Sky, and Badly Drawn Boy returns with Banana Skin Shoes (14), his first album in a decade and potentially sixth Top 20 collection. Read our chat with Tim all about the record and his Twitter listening parties here.

Andy & The Oddsocks, fronted by CBBC presenter Andy Day, start at Number 31 with their debut album Who’s In The Odd Socks? and finally, American country-rock icon Steve Earle & The Dukes places at 32 midweek with Ghosts of West Virginia.

The final placings for this week's Official Albums Chart Top 100 will be announced on Friday, May 29 at 5pm.