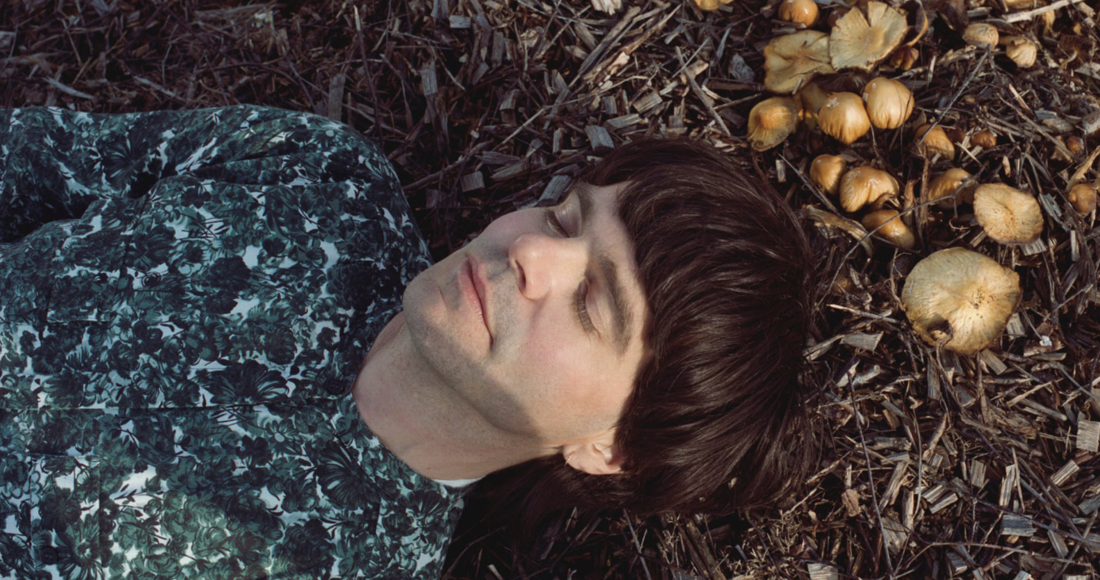 We all know the story of Captain Tom and the huge impact he has made during the 2020 lockdown. But there has been another star of this extraordinary period, a man who perhaps we should call 'Captain Tim'.

Tim Burgess, The Charlatans frontman, solo artist and label boss, has become one of the saving graces of the lockdown, via his hugely successful Twitter Listening Parties. Starting in late March, this cunningly simple concept has taken on a life of its own.

It really is simple – Burgess selects a number of albums, classic and new, schedules them through each evening and invites fans to start playing at a precise, pre-arranged time, following the hashtag #TimsTwitterListeningParty and Tweeting along with the album’s creators. To date, he has organised over 150 of the parties, covering albums by acts as diverse as 10CC, New Order, Style Council, The The, ABC, Duran Duran, Haircut 100, Heaven 17, Public Service Broadcasting and many many others – and there are another 80 or so scheduled for the next month, details can be found here.

As if he was not busy enough with the parties, he also released his fifth solo album (his 18th, if you include his Charlatans releases) this week, titled I Love The New Sky. And, next month, he is an ambassador for the Love Record Stores event taking place on Saturday June 20. Official Charts caught up with Tim and asked him, could he be any busier right now?

"No, I don't think I could. But it's very rewarding doing the listening parties. And I'm one of those people who needs a lot to focus on anyway. Organising the parties and kind of doing a diary with all with all these incredible musicians in it is such a pleasurable thing. I made a right mess of it at the beginning, double-booking people… [laughs]… but people are very forgiving, especially at times like this."

So, where did the idea for the parties come from?

About 10 years ago, I decided to do a listening party for [Charlatans album] Some Friendly and it went down really well, people really enjoyed it. We were all learning what a listening party was and making it up as we went along really, but we kept it simple. I did all the Charlatans albums and my solo albums between as well, and over the years I’ve done them in cafes and as a part of an exhibition in Liverpool.

Then, when the lockdown started, I announced on Twitter that I was going to be doing a listening party for Some Friendly again. Alex Kapranos [lead singer of Franz Ferdinand] said, “Oh I bought that record when I was 17, I love it, I’m really looking forward to that.” At that moment I just thought, “You should do one for your band.” And then within a couple of hours Dave Rowntree [Blur drummer] said something along similar lines and there was three straight away. And so, you know, with a little bit of planning they became a dozen, and then we had a thing.

And did you expect it to really take off the way the way it has?

No, I didn't. It was quite big before – and at the beginning, in the first couple of days. But then when Bonehead and Oasis did theirs, that took it to a new level. And [Prefab Sprout singer & guitarist] Wendy Smith doing Steve McQueen took it to new level emotionally.

I send a format, a document out to each person who's taking part in it, but nobody does it the same, that's the beautiful thing about it. It is a simple format, but no artist is the same and they all kind of bring something different. Dave Rowntree’s laminated memorabilia of the making of Parklife was something to behold really ..[laughs]…and the insights to everybody's album-making, what their life was before the album, or after the album, where it took them you know, all these things. It's just fascinating thing. It’s a very simple format - a record, people Tweeting, and that’s it.

Is there one you've really loved more than others?

I'm eternally grateful and an eternal fan of everybody who's taken part in this. And yes, I have my favourites because they're some of my favourite records, you know. You Can’t Hide Your Love Forever by Orange Juice, Aztec Camera, Prefab Sprout’s Steve McQueen… And Low Life by New Order - I mean, my favourite New Order album has always been Power Corruption & Lies, but I think Low Life kind of topped it a little a little bit for me.

Do you think it is something about this environment which has made it really work – people are looking to music, their favourite albums, to get themselves through this. Or do you think you can take it to another level again outside of lockdown?

A lot of people have asked me that, you know whether it's going to end the day that we all sort of start touching elbows again. But I think that the egg has only just hatched. Bigger things are coming, are already in the pipeline… [smiles].

Or course, you have also organised one for your album which is out this week. This is your fifth solo album, on top of 13 Charlatans albums; how does this one compare in terms of the process of making it?

Well, every album is different, obviously, and you always expect similar things, you know. With this one, I felt as a solo artist that I'd always kind of collaborated with other people and I'd always kind of kind of tried to make solo albums in between Charlatans plans. And the Charlatans have been pretty active for the last five years, but decided that they were going to be inactive a little bit.

So, I thought, this is a great time for me to just concentrate on writing the best album I can in about a year or something like that. I'll give myself some time to breathe, some time to live and make a record that I really felt would represent me. And one of the things that I really wanted to do was not collaborate, but just write the songs in one place. See what happens, see if I could do a collection of songs. That was the goal that I set myself and that's what I did.

It is a very uplifting album and feels a very appropriate album for the time, not that you could have known that it would come out in circumstances like this. Was there ever any chance that it might be delayed, giving everything that is going on?

In the past, I've put my solo records out on my label O Genesis. I finished the recording in August, I really wanted to let Simon Raymonde from Bella Union hear it, because I really didn't know whether I was just imagining things, or whether I was really onto something. And he loved it. He offered me a little bit of advice and then I went to mix it and handed it in in October. So there were lots of wheels in motion for it to come out on May 22, although I did think that they would maybe pull it or something. But they didn't. And I just really believed that it would give people who like what I do something to look forward to during this time. And it seems to have become part of the time, so that now I think this was the only time that it could ever come out.

And there is something about music that's coming out now that means something special to people, doesn’t it – perhaps we are throwing ourselves into albums as a way of coping with the circumstances and so to music always takes on a different, more significance?

Absolutely, yeah. I think you really hit the nail on the head. You know, just doing the listening parties and hearing records I'm really familiar with, they have taken on a new emotional level, because of what we're all going through as human beings, but also because you are maybe listening on a deeper level in some ways. And, you know, records created by people who want to make great records, they think about things on a deeper level and maybe those deeper things now float to the surface a bit more and and resonate.

Given everything else that is going on, are you finding time to make more music at the moment or not?

No, not really. I really feel I've done enough on that front. I've got about two or three tracks that didn't make the cut of the album, so I’ve still got those to finish. But I feel that my thing during the pandemic is the listening party. And it's 10 hours a day at least, on things that are coming in and looking after Twitter and everything else, and with the release of the album, I just need to concentrate on that.

I've also got a seven year old son, who thinks home-schooling is just funny, he just runs away from it every day [laughs]. I have realised how amazing teachers are and how many people are doing proper stuff like that. I just want to help by doing a bit of music.

Also, you’re taking on this ambassadorship of the Love Record Stores event happening in June. How did that come about?

I've always done things like this. I was an ambassador for Record Store Day and for Independent Venue Week before. I’m all up for doing what I can and it is going to be really tough for record shops and for venues, so anything I can do really.

You’re based in Norfolk now aren’t you, are there any record shops around there that you visit?

Yes, there's a couple in Norwich and one in a place called Holt. And usually when I go to Manchester I always go to Piccadilly, when I'm in East London I always go to Rough Trade or Sister Ray. Any town or city that I'm in.

And what are your plans for the Love Record Stores event?

It's work in progress what everyone's doing. But there will be 24 hours of things happening online. Someone suggested that I DJ, which is fine, or I'll do a live set or something like that.

The listening parties are all about driving people to buy and listen to albums aren’t they, so they all work towards the same aim.

Yeah, that’s what it has become. There has been a huge spike in sales for some artists, which has blown my mind. The last couple of days has been about new artists at 8pm, and we had King’s album We Are King and it was such a big hit with everyone listening. And for Aoife Nessa Frances last night, a singer-songwriter from Ireland, lots of people were first time listeners, buying the record. Again, it wasn't the intention, but it has been a real positive.

Tim Burgess' I Love The New Sky album is out now.