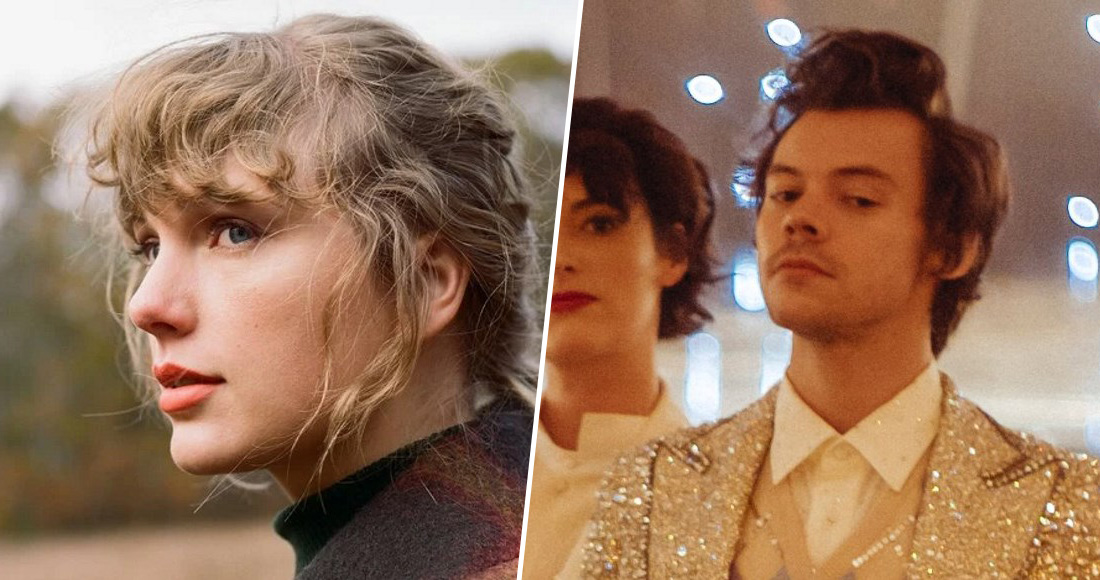 Taylor Swift and Harry Styles have emerged as the front runners for this week’s UK Number 1 album with their respective collections Evermore and Fine Line.

With the Christmas spirit departing the Official Albums Chart, some of the most popular albums to soundtrack 2020 are being revisited, with a flurry of high climbers and re-entries populating the Top 40.

Taylor Swift’s ninth studio album Evermore leads the race for Number 1 on Friday and looks set to secure a second non-consecutive week at the top spot. Evermore became Taylor’s sixth Number 1 album in December, helping her surpass Madonna as the female artist to rack up six chart-topping albums in the quickest time.

Harry Styles’ second album Fine Line is on course for a new peak position of Number 2. The collection has garnered renewed attention following the release of new single Treat People With Kindness, the video for which stars Fleabag actress Phoebe Waller-Bridge.

MORE: A record number of albums made it to Number 1 on the Official Albums Chart in 2020

Fresh from his appearance on Jools Holland’s annual Hootenanny, Michael Kiwanuka’s Mercury Prize-winning album KIWANUKA is on track to re-enter at 16. There’s also a New Year’s Eve uplift for Sophie Ellis-Bextor following her Graham Norton Show performance; Songs From The Kitchen Disco is the most downloaded album of the week so far and sits at 19.

Finally following the death of hip-hop star MF Doom, his 2004 album Madvillainy with Madlib under their moniker Madvillain could enter the Top 40 for the first time, currently at Number 30.