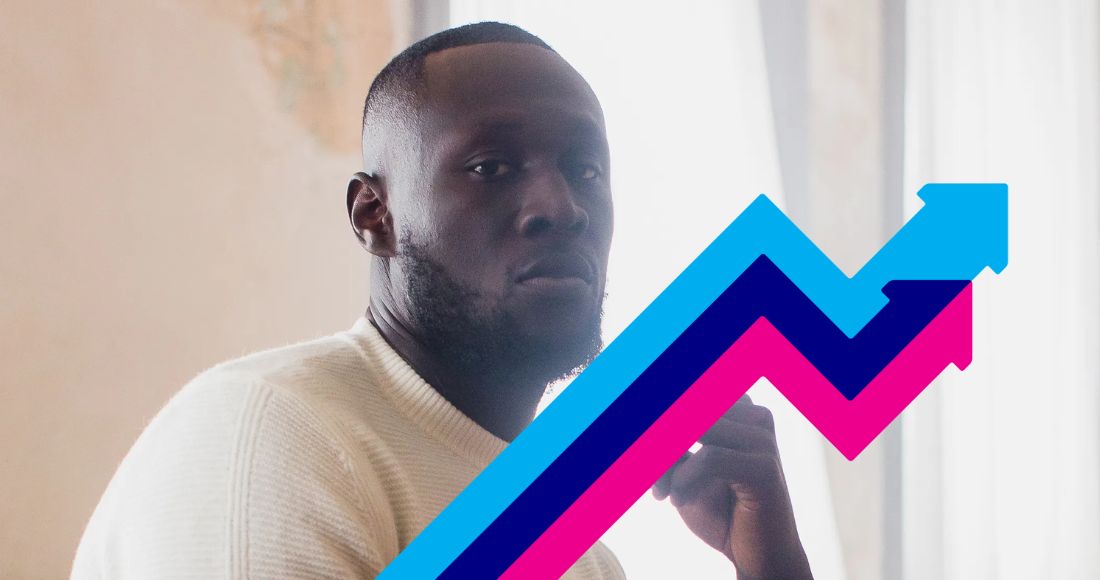 Stormzy's Firebabe has become the UK's Number 1 Trending Song following the release of his third album, This Is What I Mean.

The tender ballad - featuring vocals from singer Debbie - is currently set to blaze more than 20 places up inside the Official Singles Chart this Friday and land into the Top 10.

This would mean Firebabe would become Stormzy's 14th Top 10 hit in the UK, and also the second track from This Is What I Mean to do so, after Hide & Seek reached Number 7. (It should be noted Mel Made Me Do It, a non-album single, reached a peak of Number 12).

But could Firebabe go even higher? With the news yesterday that This Is What I Mean is leading the charge to complete a hat-trick of three consecutive UK Number 1 albums for Stormzy, the hype could take it further still.

And it seems no-one is a bigger believer in the track's success than Stormz himself - he's called it the most special song on This Is What I Mean, and has backed it to be in the running for the Official Christmas Number 1 too.

Stormzy also has another new entry on the chart this week, the title track from his third album, which could debut inside the Top 40.

Elsewhere this week, Raye gained her first bona fide as an independent artist last week with Escapism featuring electronic artist 070 Shake entering the UK Top 40 for the first time on Friday. Thanks to a massive explosion on TikTok, Raye's moment continues to build momentum - Escapism could climb into the Top 20 this week...and the sky seems to be the limit from there.

We hear those bells ringing, and naturally since December is near, we're seeing the emergence of several Christmas classics on the UK charts. This week we also see a handful of Amazon Music Original Christmas songs looking set to enter the Official Singles Chart; chief among them Lizzo's Someday At Christmas (31), Maisie Peters' Together This Christmas (78) and Sam Ryder's unique take on Jingle Bells (88). Check out every single new Christmas song for 2022 here.

Kelly Clarkson and Ariana Grande's original Christmas song from last year, Santa Can't You Hear Me, is also pacing to re-enter the chart and get the festivities started (77).