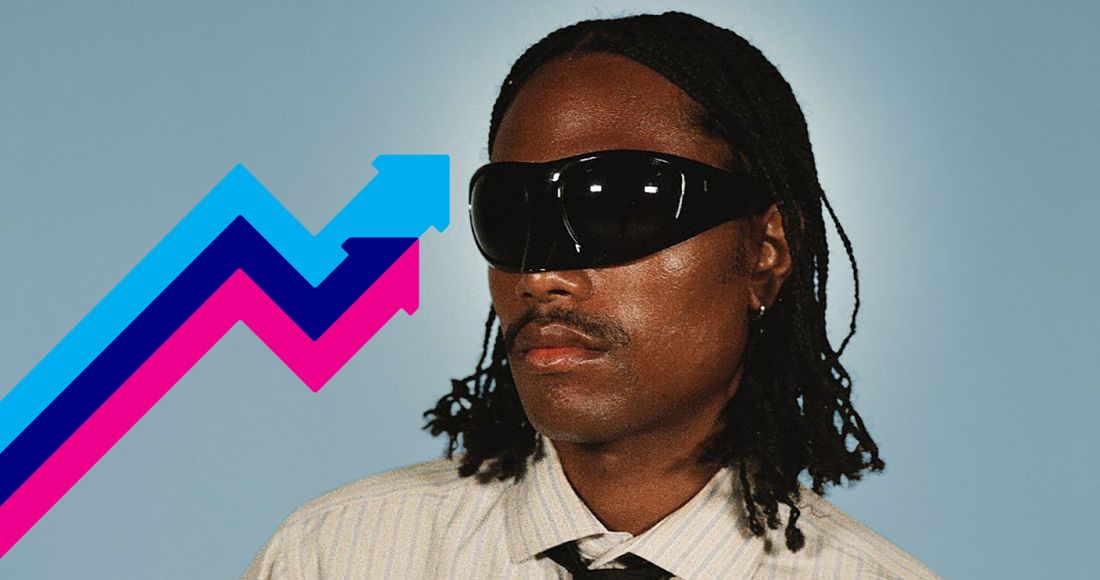 A long-standing hit inside the UK Top 20, it could move to a new peak of Number 14 this week.

Music fans will recognise Lacy as the guitarist for alt-rock band The Internet. Bad Habit has proved to be his calling card across the world; as well as a Top 20 hit in the UK, it managed to peak inside the Top 3 of his native US's Billboard Hot 100.

Three tracks receive big uplift this week; Arctic Monkeys' There'd Better Be A Mirrorball (which debuted inside the Top 40 despite only three days of tracking) and Lizzo's 2 Be Loved (Am I Ready) which continues to pivot upwards, with the release of the track's music video and a recent performance at this week's VMAs.

This week's big gainer, however, could be Matilda by Harry Styles, which could leapfrog into the Top 40 for the first time this week. Are we looking at the birth of the next hit from Harry's House?

Elsewhere, we have new entries from The 1975 (I'm In Love With You), Sigala, David Guetta and Sam Ryder (Living Without You), Dermot Kennedy (Kiss Me) and Gorillaz ft. Tame Impala (New Gold).