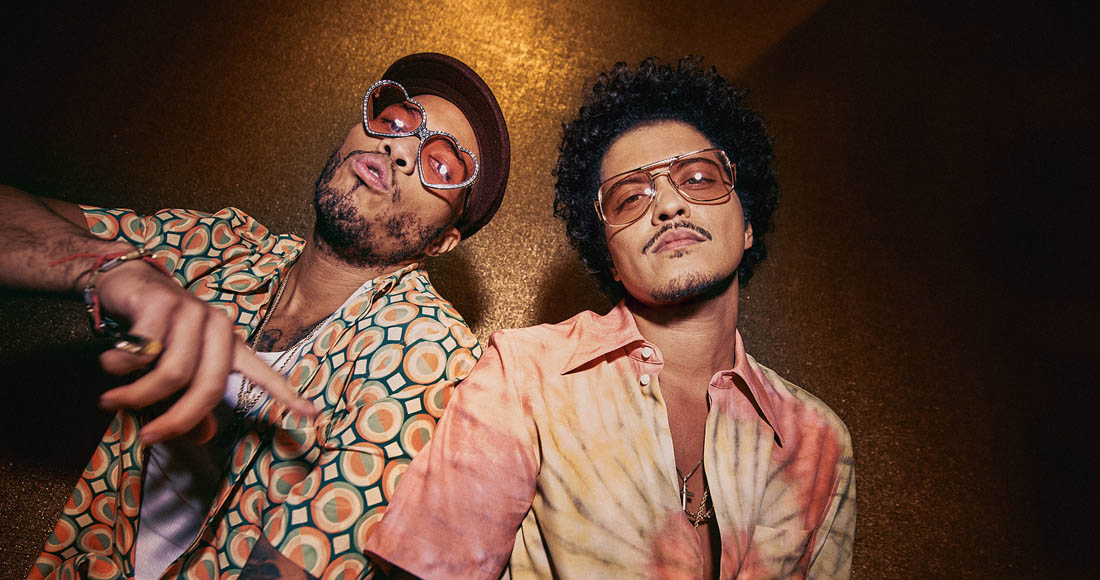 The collection, titled An Evening With Silk Sonic, will arrive in January 2022 - a delay from their original autumn 2021 release schedule.

Discussing the record's progress with Rolling Stone, Mars said "We’ve got the bones of most of the album, so it’s really about touching up parts that need a little more… grease."

The push-back, Mars says, is to allow the pair to put out more songs before the record's release. "I don’t want to be binge-watched," he said, adding: "We’re really in touch-up mode now."

Silk Sonic formed earlier this year with the release of Leave The Door Open, a Top 20 hit on the Official UK Chart in March. Their follow-up, Skate, is currently hovering just outside the Top 40.

Mars and .Paak first met in 2016 on the European leg of Mars' 24K Magic tour and were in the studio recording music together within a week.

Silk Sonic are the latest supergroup to score success on the charts. Other artists who have recently joined forces include LSD - aka Sia, Diplo and Labrinth - and McBusted, a hybrid of pop-rock groups McFly and Busted.