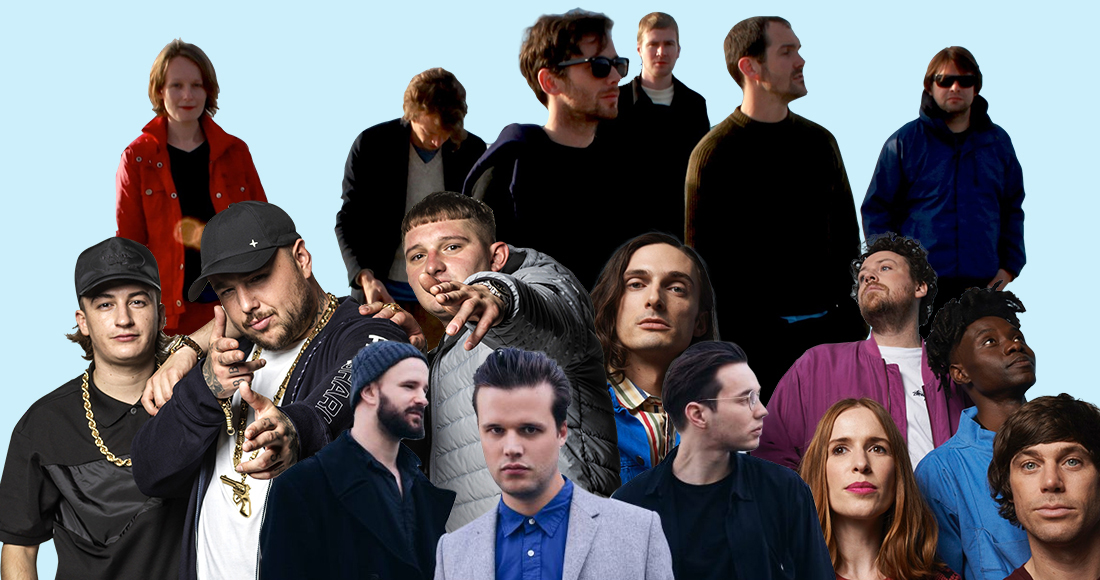 Sea Power could be heading for their first Number 1 album with Everything Was Forever, as they lead a very close Top 5 on the Official Albums Chart Update.

Everything Was Forever is the band’s – formerly known as British Sea Power – eighth studio album and first under their new moniker, and is the most physically-purchased album of the week so far. To date the band have racked up five Top 40 albums on the Official Albums Chart. If it does reach the top spot, it would be the first Number 1 for Townsend Music’s recently-launched D2C Plus model.

It’s all to play for however, with Ed Sheeran’s former chart-topper Equals hot on their heels at Number 2, while London rock group White Lies are at Number 3 with their sixth record As I Try Not To Fall Apart, potentially their fourth Top 10 album.

West Yorkshire collective Bad Boy Chiller Crew are set for a Top 5 start with their new mixtape, Disrespectful (4), which is just ahead of Small World (5) by British electronic group Metronomy, which could be their highest charting album to date.

As things stand, there are just 1,000 chart sales between the Top 5 – and plenty of time for the chart to change shape as the week progresses.

Meanwhile, metalcore outfit Architects are at Number 7 midweek with Live At The Royal Albert Hall, which was recorded on their tour supporting 2021 album For Those That Wish To Exist, their first ever chart-topping LP.

Texas Moon, a collaborative album between genre-fluid musical trio Khruangbin and soul singer Leon Bridges could enter the chart at Number 9, which will be both acts’ second UK Top 10 album if it hangs on.

Outside the Top 10, Tennessee rock band Goodbye June are heading for their first UK Top 40 placing with their third studio album See Where The Night Goes a new entry midweek at Number 11.

At Number 20 midweek is JP Cooper with his much-awaited second record She, and finally, Liverpudlian rockers Echo & The Bunnymen are on course to score their 11th Top 40 album with Songs To Learn And Sing (30).