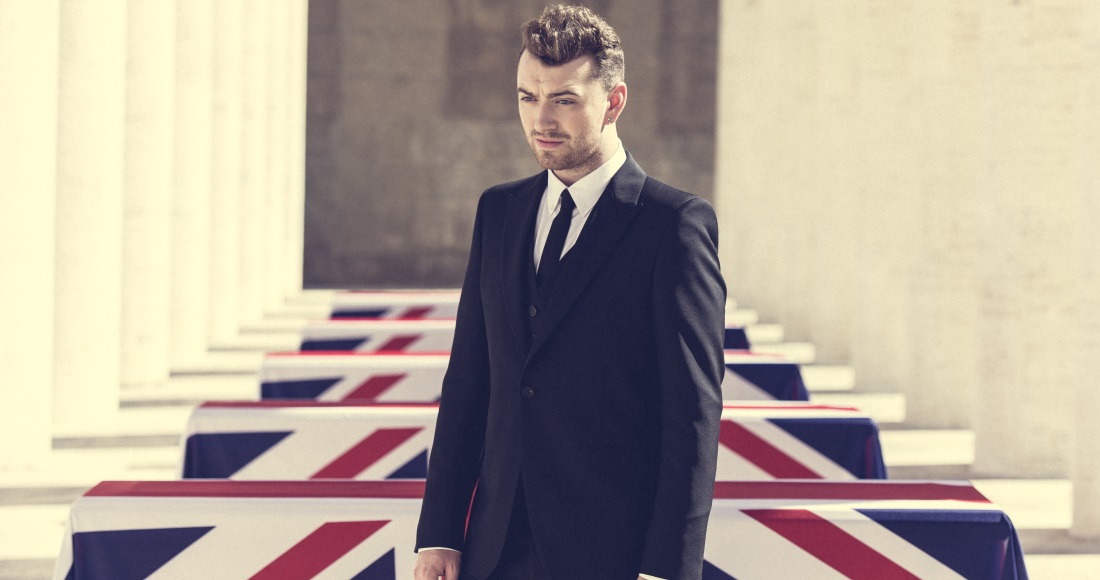 We’ve been expecting you, Mr Sam Smith… today the star makes Official Chart history by scoring the first ever Number 1 James Bond theme with Writing’s On The Wall.

The song, which serves as the title track for the upcoming Bond film Spectre, lands straight in at the top with combined chart sales and streams of 70,000 copies, finishing 13,000 ahead of his closest competitor, Justin Bieber’s What Do You Mean?.

Sam told us: “It was such an honour to be asked to write and record Writing’s On The Wall and it’s incredible that it’s become the first Number 1 Bond theme song.

"It’s been an unforgettable experience working with Barbara [Broccoli] and Sam [Mendes] to become part of this British legacy. I couldn’t have done this without my fans – this is a special moment I’ll never forget."

Of the previous 23 James Bond themes, only two have come close to topping the Official Chart; Adele’s Skyfall (2012) and Duran Duran’s A View To A Kill (1985) each peaked at Number 2. Click here to see where every Bond theme has charted.

Writing’s On The Wall becomes Sam’s fifth Number 1 on the Official Singles Chart; following La La La (with Naughty Boy), Money On My Mind, Stay With Me and Lay Me Down. At 00.07 Monday 5th October, Global James Bond Day, Sam Smith will unveil the full music video for Writing’s On The Wall.

Elsewhere in this week’s Top 5, R City and Adam Levine hold at 3 with Locked Away, Sigala’s former Number 1 Easy Love slips from 2 to 4, and The Weeknd’s Can’t Feel My Face remains at 5.

Producer Naughty Boy climbs two places to Number 9 to earn his fifth Top 10 today with Runnin’ (Lose It All), which features Beyonce and Arrow Benjamin, and Macklemore & Ryan Lewis’ Downtown now sits just outside the Top 10, up four spots to 11.

Rudimental’s Ed Sheeran collaboration Lay It All On Me earns them their eighth Top 40 hit today, new at 16, and newcomer Nick Brewer makes his Top 40 debut with Talk To Me at 19.

Finally, Little Mix’s Love Me Like You opens at Number 21, and Sia’s Alive debuts at Number 30.