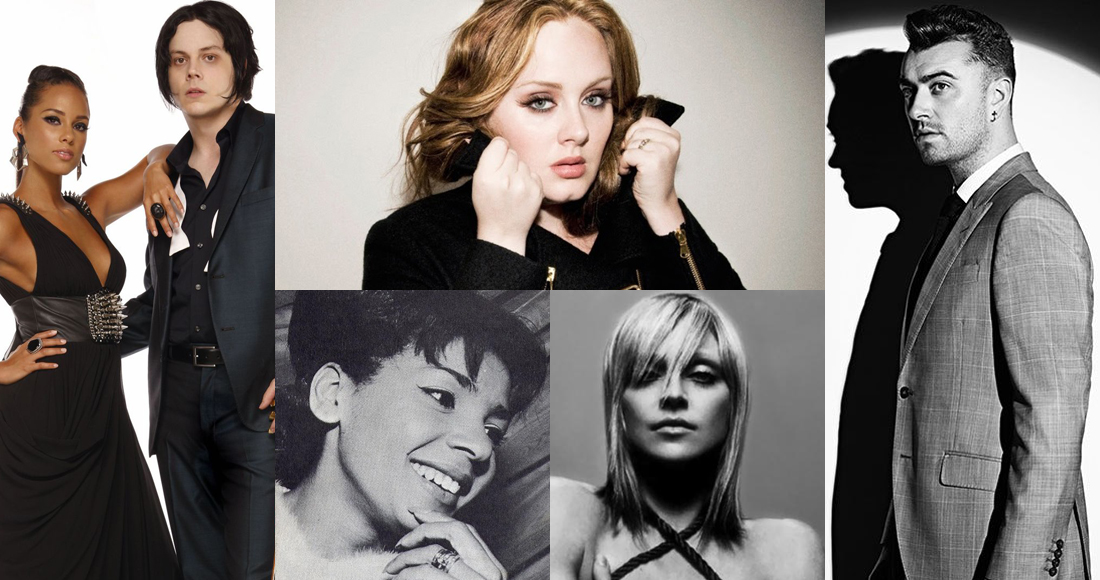 Who gets to sing the theme tune for the latest James Bond movie is almost as big a deal as the films themselves, and getting the honour this time is our very own chart record-breaker Sam Smith.

The Writing's On The Wall will soundtrack 007's 24th adventure Spectre, in cinemas in October. No Bond theme tune has ever made it to Number 1, and Sam will be hoping to break that curse. As he waits to see where The Writing's On The Wall will end up, we take a look at the Top 23 (that's all if them so far!) most downloaded Bond tracks and also take a peak at what you've been streaming.

Perhaps unsurprisingly, Adele is out in front with her Oscar-winning dramafest Skyfall, from 2012's movie. Skyfall was stopped form getting to Number 1 by Swedish House Mafia, sadly (for her, not them, obv) but still managed 24 weeks in the Top 40 and has sold over 808,000 downloads to boot. The sky's the limit.

Next up is the tune from the preceding movie Quantum Of Solace, which saw an all-star team-up between Alicia Keys and White Stripes' Jack White. The pair managed to take Another Way To Die into the Top 10, the 11th Bond theme to do so, and have shifted over 208,000 downloads.

Casino Royale's theme song You Know My Name from Chris Cornell comes in third, and behind that is an oldie but a true classic from Carly Simon. Nobody Does It Better was taken from 1977 movie The Spy Who Loved Me, starring Roger Moore, and hit Number 7.

Rounding off the Top 5 is a noisy classic, Live And Let Die, from the movie of the same name. Paul McCartney cemented his post-Beatles legendary status with Wings on this 1973 Top 10, which has been covered by everyone from Guns N Roses to Geri Halliwell. For REAL. Live And Let Die is, fact fans, the most streamed Bond theme, with over 1.24 million listens since we started counting in 2014.

Possibly the most famous Bond theme of all, Shirley Bassey's Goldfinger, has to settle for 8th place, behind Madonna's controversial 2002 theme for Die Another Day.

Here's how the Bond themes rank in download order.

And when it comes to streams, how do they shape up? Here's the Top 10. And, shock horror, no sign of Skyfall!

Will Sam Smith be the first Bond theme to go all the way to Number 1? We'll have the answer for your eyes only (well, maybe not strictly true) next week.

Listen to all 23 Bond themes below:

What's your favourite Bond theme? Drop in on us around Facebook or Twitter or slide into our comments below…