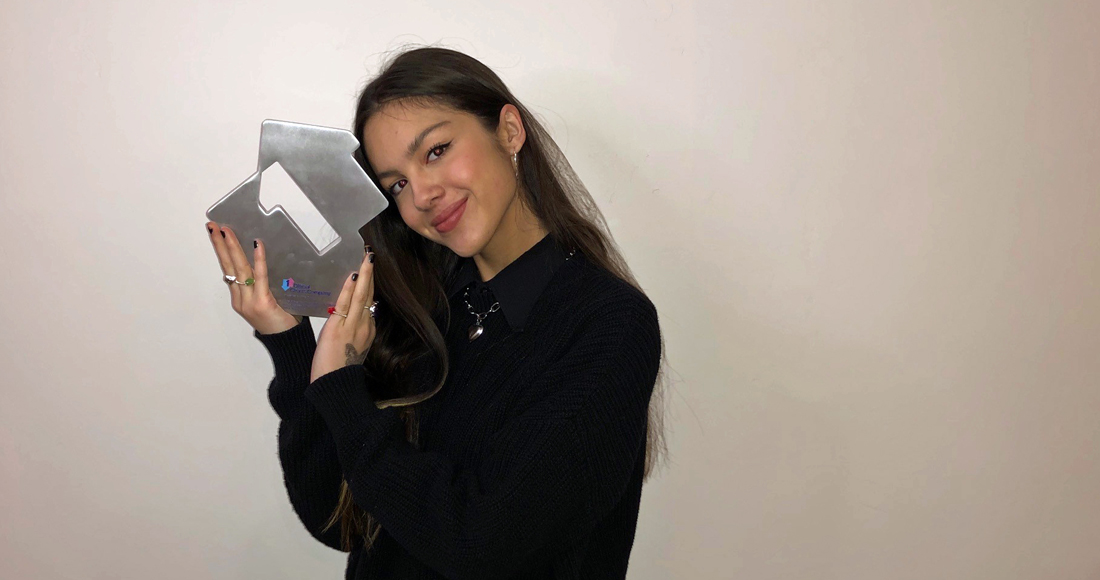 Olivia Rodrigo’s Drivers License pulls up at the Number 1 spot on the Official Singles Chart for an eighth week, while Joel Corry, David Guetta and Raye bag this week’s highest new entry with their new collaboration BED, opening at Number 20.

The UK's most streamed song of the week with 5.1 million plays, Drivers License sees off competition from Nathan Evans’ Wellerman remix with 220 Kid and Billen Ted, which rebounds from 3 to 2, and Lil Tjay & 6LACK’s Calling My Phone at 3.

Watch Olivia's reaction to when Drivers License first debuted at Number 1 below:

Elsewhere in the Top 10, Riton & Nightcrawlers continue to climb with Friday ft. Mufasa & Hypeman, up two places to a new peak at Number 5.

ATB, Topic & A7S’s Your Love (9pm) climbs for a sixth consecutive week, up three places to 12, and Ava Max’s My Head & My Heart leaps six spots to 19 following the release of the song’s accompanying music video.

London rapper and songwriter Digga D claims his sixth Top 40 hit (and third in 2021 alone) with Bluuwuu, new at 23, while Believe Me by Liverpool DJ Navos jumps up eight to 25.

Further down, Tom Grennan’s Little Bit Of Love lifts five rungs to 27, Rag’n’Bone Man’s All You Ever Wanted zooms 42 places to make its Top 40 debut at Number 33, and Saweetie’s Best Friend ft. Doja Cat returns to the Top 40, up three to 39.