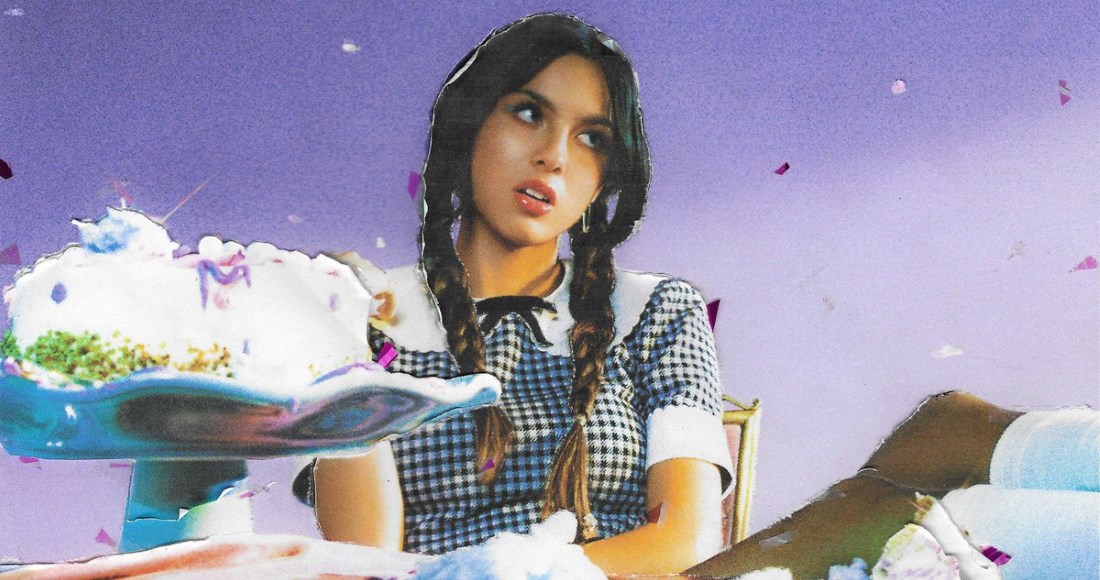 Only a handful of other acts have managed this feat, including John Lennon, Justin Bieber, Ed Sheeran, and Drake. The latter was the last to achieve it, claiming three places in the Top 5 in 2018 following the release of his Scorpion album.

It follows Olivia’s recent record-breaking triumph after she became the youngest solo artist ever to achieve the Official Chart Double last month.

MORE: All the Official Number 1 singles

Meanwhile, The Weeknd’s Save Your Tears reaches a new peak, climbing two places to Number 2, and Galantis, David Guetta & Little Mix climb two places to a new high of Number 6 with Heartbreak Anthem.

This week’s highest new entry comes from Brighton rapper ArrDee, who flies straight in at Number 7 with Oliver Twist – the 18-year-old’s first credited UK chart hit. The track follows his viral verse on the remix of Tion Wayne & Russ Millions’ Number 1 hit Body, which is at Number 8 this week.

Mimi Webb climbs one to Number 9 with Good Without, while Eurovision winners Måneskin rocket 12 places to Number 12 with I Wanna Be Your Slave.

Billie Eilish debuts at Number 14 with Lost Cause, her ninth Top 20 single, landing just ahead of Calvin Harris’ summery single By Your Side ft. Tom Grennan at 15. By Your Side marks Calvin’s 36th Top 40 hit and Tom’s third.

Also debuting high this week is Tion Wayne with Wow (21), the follow-up to his Number 1 hit Body, and now his 10th Top 40 track. Anne-Marie & Niall Horan’s Our Song (22) rebounds four places to its previous peak.

Boosted by the warm weather, Harry Styles’ Watermelon Sugar flies 35 places back into the Top 40 at 29, and Navos soars 30 places to 30 with Believe Me.

Finally, Roddy Ricch earns his sixth Top 40 single with Late At Night, which debuts at Number 40.