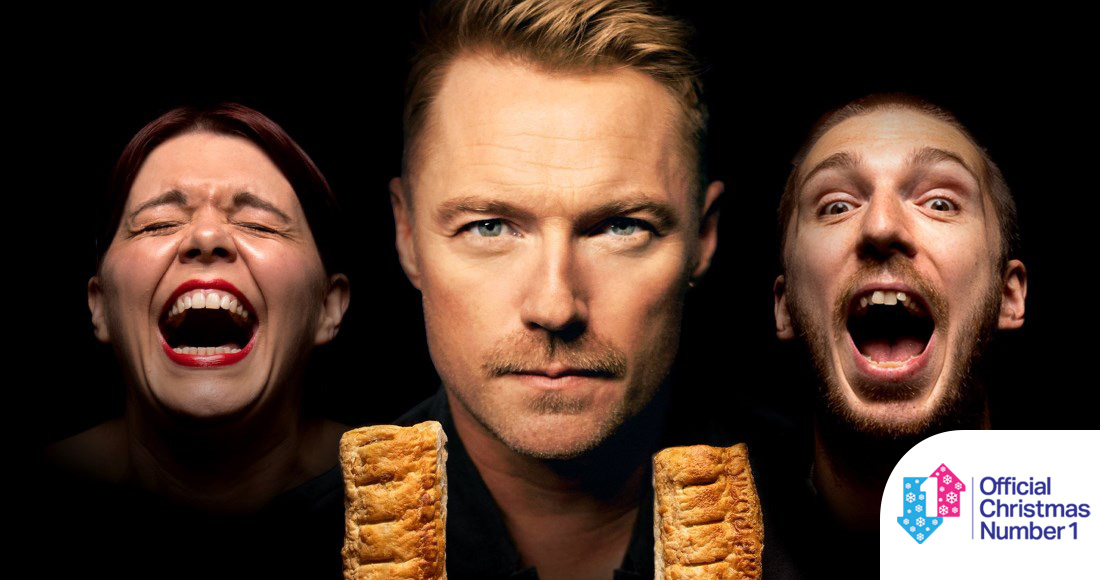 With just 48 hours of the chart week left in the race to the 2020 Official Christmas Number 1, social media star LadBaby retains a strong lead ahead of Mariah Carey, while a protest song about Boris Johnson has climbed into the Top 10 since the weekend.

According to the latest Official Charts Company data (Dec 23), reigning champs and midweek leaders LadBaby who claimed Christmas Number 1 in 2018 and 2019, are still out in front in the biggest chart race of the year with Don't Stop Me Eatin', raising money for food bank charity The Trussell Trust.

The song, including new surprise version with Ronan Keating released earlier this week, has kept up momentum in their quest for the festive hat-trick, and could earn YouTubers Mark and Roxanne Hoyle a third consecutive Christmas Number 1.

MORE: Look back at every Official Christmas Number 1 in UK chart history

Festive favourites All I Want For Christmas Is You by Mariah Carey (2) and Last Christmas by Wham! (3) trail behind LadBaby, while Jess Glynne's rendition of Donny Hathaway's This Christmas - newly recorded for 2020 - is at Number 4.

Essex synthpop outfit The K**ts have been scaling the Official Singles Chart this week with their track about the prime minister, titled Boris Johnson is a F***ing C***. The 56-second song, backed by Charlie Brooker and original Sex Pistol Glen Matlock, has climbed to Number 6 and is currently the UK's second most-downloaded song of the week.

Justin Bieber's cover of Rockin' Around The Christmas Tree (9) and Liam Gallagher's All You're Dreaming Of (15), which is raising money for Action for Children, are also fighting it out inside the Top 20 with the Oasis star potentially on course for his highest-charting solo single to date.

Bieber is set for a total of three entries on this week's Official Christmas Chart Top 40: Mistletoe currently sits at 34, while Holy (including a new version featuring the Lewisham & Greenwich NHS Choir) is at 35. In addition, a new song from Ed Sheeran, Afterglow, which was released on Monday morning, currently sits just outside the Top 40 (44) and is expected to climb further before the week is out.

Meanwhile, on the Official Albums Chart, Sir Paul McCartney remains on course to claim the Christmas Number 1 album and his first solo chart topper in more than three decades.

The knight of the realm is in pole position with his acclaimed album McCartney III, with Taylor Swift’s brand new Evermore album close behind – and bidding to retain the Number 1 placing. If it takes the title, McCartney III will mark his first solo Number 1 album since 1989’s Flowers in the Dirt.

The Official Christmas Number 1 race 2020 kicked off on Friday December 18, with sales and streams counting up until midnight (11.59pm) on Thursday, December 24 - whoever you’re backing get behind them before then.

The winner will be announced exclusively on BBC Radio 1’s The Official Chart with Katie Thistleton, 2-4pm on Christmas Day, Friday December 25. The full Top 100 Official Christmas Singles Chart and Albums Chart will be published on OfficialCharts.com from 5.45pm.