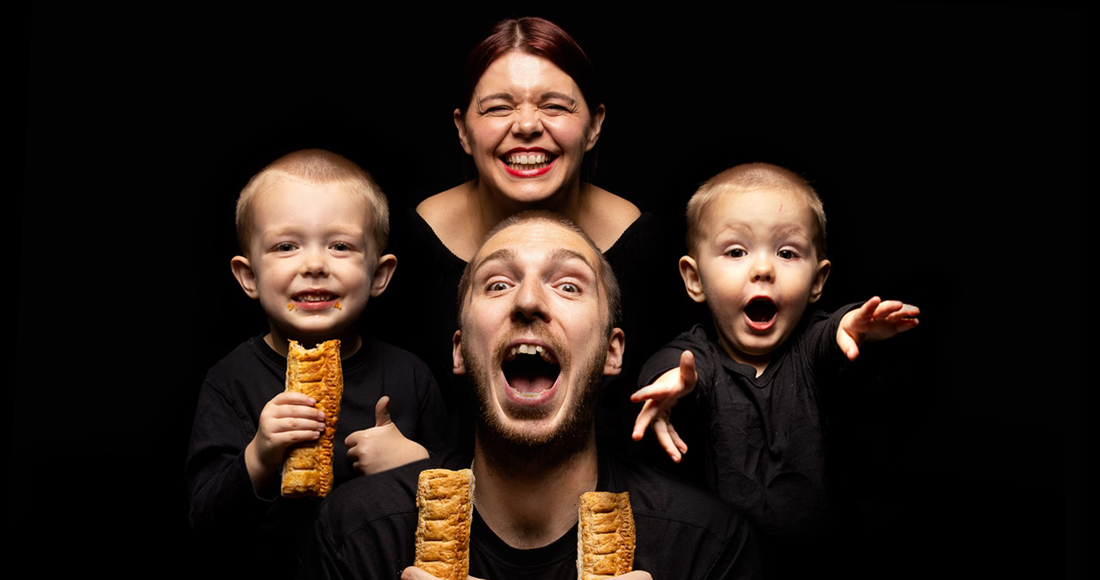 LadBaby have announced details of their third - and apparently final - bid for the Christmas Number 1.

The YouTuber/dad blogger and his family will release Don't Stop Me Eatin', their comedic, sausage roll-themed take on the Journey's 1982 classic Don't Stop Believin', on Friday December 18 - the start of this year's Official Christmas Number 1 race.

UPDATE (21/12/20): Don't Stop Me Eatin' has now been issued with a remix, featuring Ronan Keating. The Irish pop singer and former Boyzone member joins LadBaby on vocals for the remixed Journey cover, proving that life truly is a sausage roll-shaped rollercoaster, and sometimes you just have to ride it.

Watch the two music videos, including the duet with Ronan Keating, below:

It puts LadBaby firmly in the running for a third consecutive festive chart-topper, following We Built This City in 2018 and I Love Sausage Rolls in 2019.

If they manage to top the Official Christmas Chart, they will be the first act since Spice Girls to score three consecutive Christmas Number 1s. View every festive chart-topper in UK chart history here.

LadBaby face strong competition on the chart from a number of competitors this year, including Justin Bieber and The NHS Choir's Holy, Jess Glynne's This Christmas, and Mariah Carey's classic All I Want For Christmas Is You. View all of this year's Christmas Number 1 contenders here.

As with their previous two singles, money raised from the track will go to foodbank charity The Trussell Trust, who have seen demand increase significantly in a difficult year.

"We’re back! And after the year we've all had, it’s our most important year yet!" LadBaby said. "With emergency food parcels being handed out every 9 seconds in the UK (a 47% rise on last year) and 2 in 5 families now relying on food banks, we HAVE to do whatever it takes to build a Hunger Free Future for EVERY adult and child in the UK.

"Help us achieve something far greater than the last two years… Together let’s break a record for a song that helps feed the most UK families than any other song in history. THAT is how 2020 should be remembered. In a year when so much has been lost, don't stop believing!"