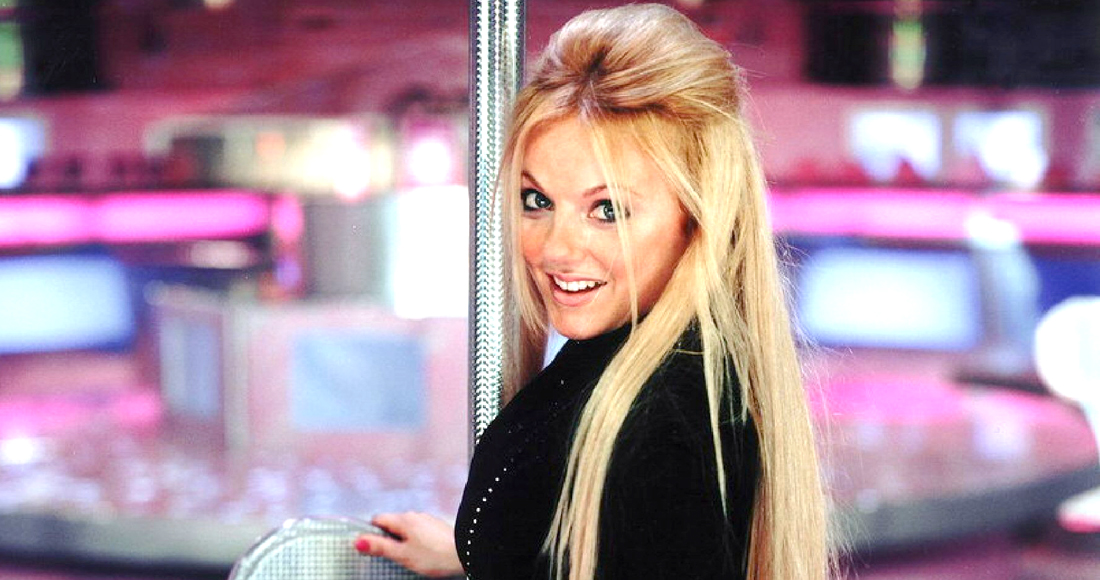 The turn of the century – new millennium, even – was an uncertain time (sound familiar?). Just when everyone thought computers would stop working or the sky would fall in because of the Millennium Bug, it turned out everything was going to be okay after all - for the time being at least.

But if there was one thing you could count on during 1999 and 2000, it’s that Geri Halliwell would get a Number 1 single.

And here she was again, kicking off the year with her third consecutive chart-topper from her debut solo album Schizophonic. Bag It Up was typical Geri, musing on the differences between men and women in her own cheeky style. In a way (Spice die hards look away now), Geri had made the third album the Spice Girls probably would have made had they stayed as a quintet.

“I like chocolate and controversy,” she cooed in the energetic video for the track, riffing on her former Spice Girls’ personality as the saucy Ginger.

If the video was energetic, her BRITs performance was nuclear. Emerging from between a pair of glistening, splayed legs, Geri bumped and cavorted her way across the BRIT Awards stage with an array of oiled-up himbos. The birth of Venus this most certainly was not, but Geri’s spirited performance was not forgotten in a hurry.

Bag It Up went straight in at Number 1, meaning disappointment for Blink 182, who missed out on scoring their first chart-topper. They did, however, land their very first Top 10 in the process, when All The Small Things went in at Number 2.

They’d only hit the Top 40 once before, but thanks in part to the memorable video for All The Small Things, which parodied the boybands of the day (mostly Backstreet Boys), success was assured.

In the end it wasn’t even a particularly close race. Geri’s girl power also translated into sales power – she beat the Blink 182 boys by almost 50,000 copies, scoring first-week sales of 106,000. In total, Bag It Up has sold over 266,000 chart sales, while All The Small Things has shifted over 1.07 million chart sales, boosted by 60 million audio streams since records began in 2014 (compared to 448k for Bag It Up). Blink may have lost the battle, but you could say they won the war.

MORE: Songs that lost their chart battle but are now bigger hits

There was one more Number 1 to come from Geri, a cover of Weather Girls' It’s Raining Men. This feat gave her a new chart record at the time; she had the most solo Number 1s of any British female singer. Geri held on to this record until 2014, when Rita Ora matched her, before Cheryl Cole and then Jess Glynne overtook her.

Elsewhere in the Official UK Singles Chart that week in 2000, dance outfit Chicane dropped from 1 to 3 with their Bryan Adams-assisted Don't Give Up, and ATB, aka German DJ André Tanneberger, landed a third and final Top 10 with Killer following chart-topping success the previous year with 9PM (Till I Come).

Dr Dre's hip-hop classic Still Dre ft. Snoop Dogg was a new entry at Number 6, and further down the chart there were new entries for Embrace, Will Smith, Macy Gray and No Doubt.

Listen to the Official UK Singles Chart Top 40 from this week in 2000 below or on Deezer here.