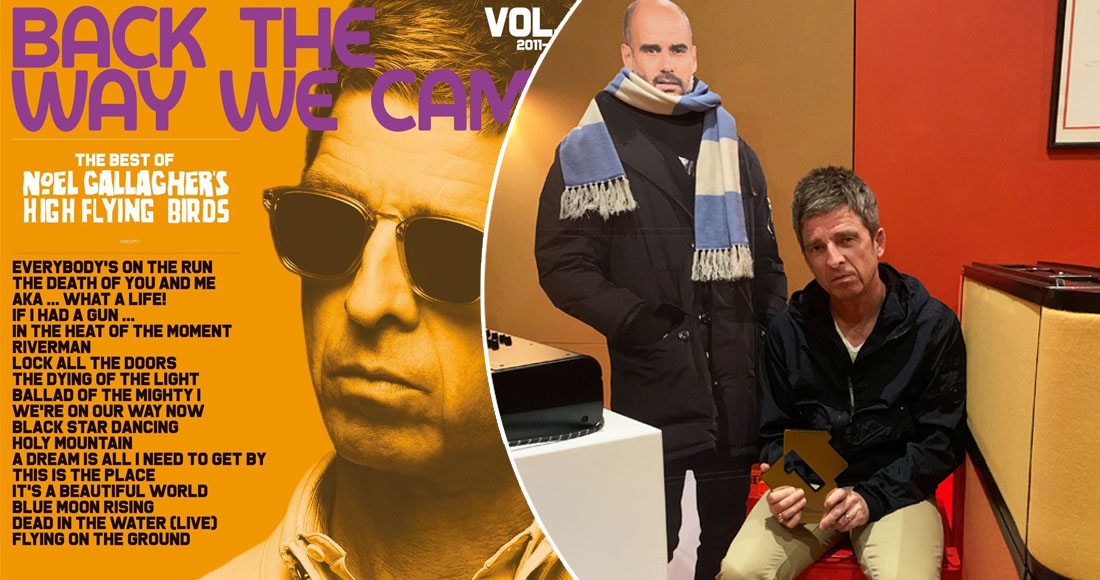 Noel Gallagher flies straight in at Number 1 on this week’s Official Albums Chart with his greatest hits album Back The Way We Came: Vol 1 (2011-2021), earning him an impressive 12th chart-topper across his career.

The best-of, which chronicles his post-Oasis career under Noel Gallagher’s High Flying Birds, lands at the summit with 28,000 chart sales. 9,300 of that figure is vinyl sales, including a limited edition release for Record Store Day, which took place last Saturday.

With a cardboard cut-out of his pal, Manchester City manager Pep Guardiola, at his side, Gallagher told OfficialCharts.com: “What? I’m Number 1? Again?! Thanks very much for this, I’m running out of Manc-lepiece space for these things, but it’s an absolute honour. Thank you very much.”

Back The Way We Came is Gallagher's fourth chart-topper with the High Flying Birds, and 12th when you add in his eight Number 1 albums with Oasis.

Meanwhile, Olivia Rodrigo’s Sour holds at Number 2 and is the UK's most-streamed album for a fourth consecutive week, while US rapper Polo G is new at 3 with his third album Hall Of Fame.

Last week’s Number 1 album Blue Weekend by Wolf Alice slips to 4, and Garbage close out the Top 5 with No Gods No Masters, their highest charting record since 2005’s Bleed Like Me.

Comedian Bo Burnham enters at 6 with Inside (The Songs), a collection of comedic tracks that appear in his new Netflix stand-up special, while a deluxe Platinum Pleasure edition of Jessie Ware’s What’s Your Pleasure? sends the album back into the Top 10 at 7. Rap trio Migos land at 9 with their fourth collection Culture III.

Further down, Marina claims her fifth Top 20 album with Ancient Dreams In A Modern Land at 17, and Maroon 5 open at 19 with their seventh record Jordi.