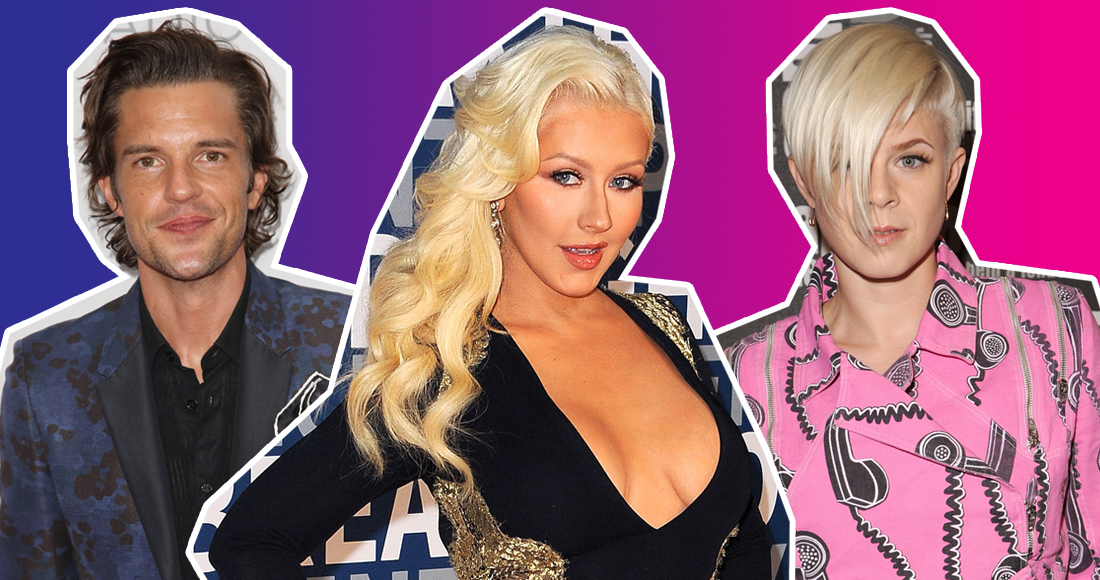 While there are lots of acts lining up to release new records in 2017 (trust us, there are loads), there's also plenty that we think need to get a move on and turn some new material out in 2016.

Last year was a big year for comebacks - Craig David, James Arthur, Rick Astley to mention a few - but who would you like to see make a grand return to centre stage in 2017? Tell us at the bottom of the page. To get your brain whirring, we've posted a selection below:

Christina’s last album was 2012’s Lotus, and while she has been a big presence on The Voice in the US, and had a hit single with A Great Big World in 2014, we’re kind of missing Christina being a 100% popstar. We’re talking full album campaign, music videos, a tour.

There are rumblings of a new album this year, which would be Christina’s sixth, and let me tell you, we are ready for it.

Plan B's last major release, Ill Manors from 2012, was nominated for the Mercury Prize, and its supposed follow-up, The Ballad of Belmarsh, was one of the most anticipated albums of the next couple of years. But… it never materialised.

Speaking in 2014, Plan B, aka Ben Drew, said he's lost enthusiasm for the project. "I’m just bored of the Strickland Banks story – it’s time to say something new," he said, referring to his breakthrough album The Defamation of Strickland Banks. Well, we've waited patiently, B, is 2017 the year you let us have it?

Swedish singer, songwriter and all-round brilliant popstar Robyn has been in 'collaborative EP mode' for the last few years, putting out mini collections including 2014's Do It Again with Royksopp and Love Is Free with La Bagatelle Magique.

But there's been no proper Robyn album since the Body talk trilogy in 2011. It's time, Robyn, it's time.

It's coming up for six years since The Killers released their last studio album, Battle Born. That said, they've confirmed that a new album will be arriving in 2017, most likely around their headline show at London's Hyde Park this summer.

Ryan Tedder was involved in the project in 2015, but who knows whether it's made the final cut? Come back to us soon, Brandon & Co.!

The New York band announced they were on an indefinite hiatus back in 2012, but singer Ana Matronic later clarified we hadn't heard the last of Scissor Sisters. That's good enough for us to say: get on with it!

Things looked pretty promising for the American Idol alumnus after hits Happiness and Good Girl, but that was back in 2011. Of all the many covers of Beyoncé’s Drunk In Love that bubbled up after the song’s release, Alexis’s was one of the best – we’d love to hear her back on the radio.

The American indie pop trio were everywhere back in 2012, when We Are Young topped charts across the globe.

Their follow up Some Nights was also a sizeable hit, then, nothing. Well, not quite nothing - singer Nate Ruess launched a solo career that never quite took off, while guitarist Jack Antoff wrote a string of Class A bangers for Taylor Swift's 1989 album and formed his own band, called Bleachers.

The band insisted they are still very much a 'thing' in 2015, and we think they've got at least a couple more worldwide smashes in them.

The last time Kelly Rowland showed us she could do uptempo was on Down For Whatever, a hit way back in 2011.

Her last album Talk A Good Game missed the Top 40 in 2013, but if the reunion of Destiny’s Child really is just a dream, then another album and maybe some Freemasons or David Guetta collaborations would be just the ticket. When Love Takes over take 2 for 2017? Don’t mind if we do.

Norman Cook returned to the singles chart in a big way in 2013 with the Number 3-peaking Eat Sleep Rave Repeat, but a.) We've not heard a peep out of him since and b.) His last studio album was released seven years ago. Granted, 2010's Here Lies Love didn't fair too well on the charts, but his luck has seemingly turned around since then.

I Will Never Let You Down, said Rita, back in 2014 when she scored a then-record breaking fourth solo Number 1 hit. However, actions speak louder than words and we've not had much from Rita since.

She's certainly been busy, with her role in the 50 Shades franchise, presenting America's Next Top Model and putting out the odd soundtrack song here and there, but it's five long years since that debut album, Reets – come back to us.

It's been a very tough couple of years for Kesha, but here's hoping 2017 is the year of her big comeback. We suspect her next effort will be markedly different in sound, but she's more than proven her salt as a songwriter.

The original West Coast hip hop group released their eighth album Rise UP back in 2010, which included a headline slot at Reading and Leeds Festivals, but they've been quiet ever since their 2012 collaborations with Deadmau5 and Rusko. Time for a comeback, wethinks.

If any British popstar deserves a second go of the wheel, it's Burko, right? Things got off to a roaring start with her 2009 debut Overcome, though her second album, Heartbreak On Hold, didn't fair quite so well. Come back to us Alex - we'll all be kinder to you this time, promise.

Tell us who you think is long overdue a music comeback below: