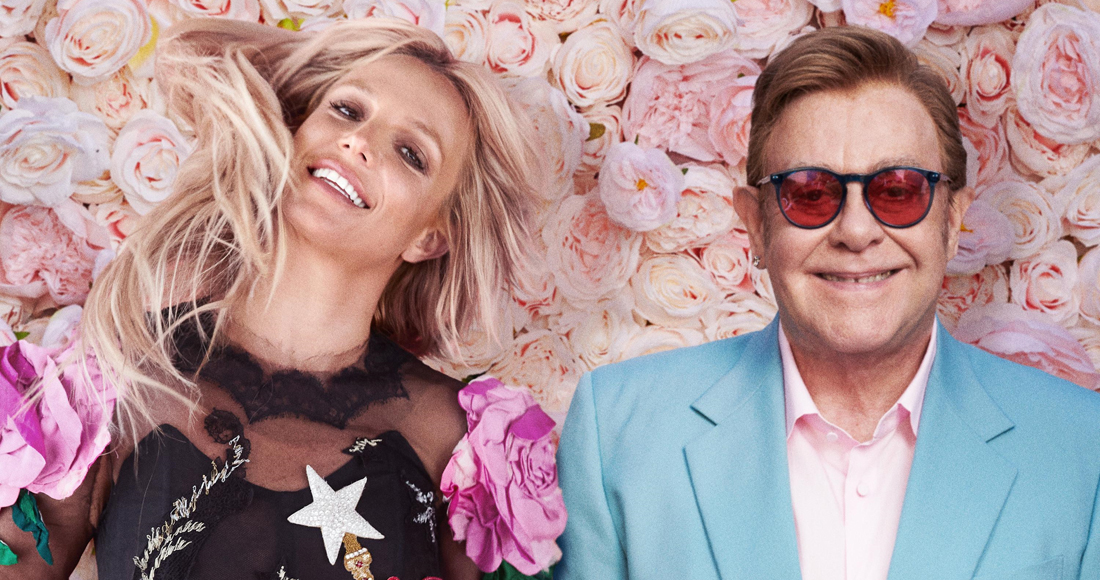 Elton John has a lot to celebrate this week; not only has his new collaboration with Britney Spears, Hold Me Closer, clinched this week’s highest new entry on the Official Singles Chart (3) and landed the UK’s best-selling single of the week, but the Official Charts Company can reveal that his greatest hits collection Diamonds has now passed the impressive 1 million chart units mark in the UK too.

Hold Me Closer’s arrival in the chart this week gives Elton his fourth consecutive Top 5 hit in a year; Cold Heart with Dua Lipa, Merry Christmas with Ed Sheeran and Sausage Rolls For Everyone with LadBaby and Sheeran all peaked at Number 1 in the UK – so don’t count Elton & Brit out of the top spot just yet.

It’s a remarkable achievement for the entertainer, whose hits have now spanned generations. Diamonds – which encompasses hits from Elton’s beginnings in the 1970s, all the way to 2016 – this week passes the threshold for 1 million combined chart units in the UK, according to new Official Charts Company data unveiled today.

“It's such a thrill to see how well Hold Me Closer is connecting with fans" Elton John exclusively told OfficialCharts.com, "scoring my first Official Number 1 in over a decade with Cold Heart was a wonderful feeling - I thought my days of having hit singles were behind me.

"But to see how much Hold Me Closer means, not only to my fans but Britney and her fans, is beyond words. She's a wonderful person and artist, and hopefully the reaction to our song has made her feel how loved she is, and she'll have the confidence to begin the next chapter of her career.

“Seeing Diamonds reach a million sales in the UK is also beyond words - everything we've achieved in the last 5 years - the book, the film, my tour- has kept my songs out there for younger fans to discover and people returning to it time and time again is really humbling.”

Originally released in November 2017, Diamonds peaked at Number 5 on the Official Albums Chart, but has become a long-standing chart fixture across the years. This week, it charts in at Number 19. The triple-platinum record has shifted an impressive 332k copies physically and digitally, but has proven a veritable monster on streaming services with two thirds of its total powered by its popularity on the likes of Spotify, Apple Music, Deezer and more.

Martin Talbot, Chief Executive of the Official Charts Company, commented, “The huge success of Diamonds once again highlights the massive impact that Sir Elton John continues to have on the British music market, and the love that music lovers in the UK have for him. There is no doubt that Sir Elton will forever be the nation‘s Captain Fantastic.”