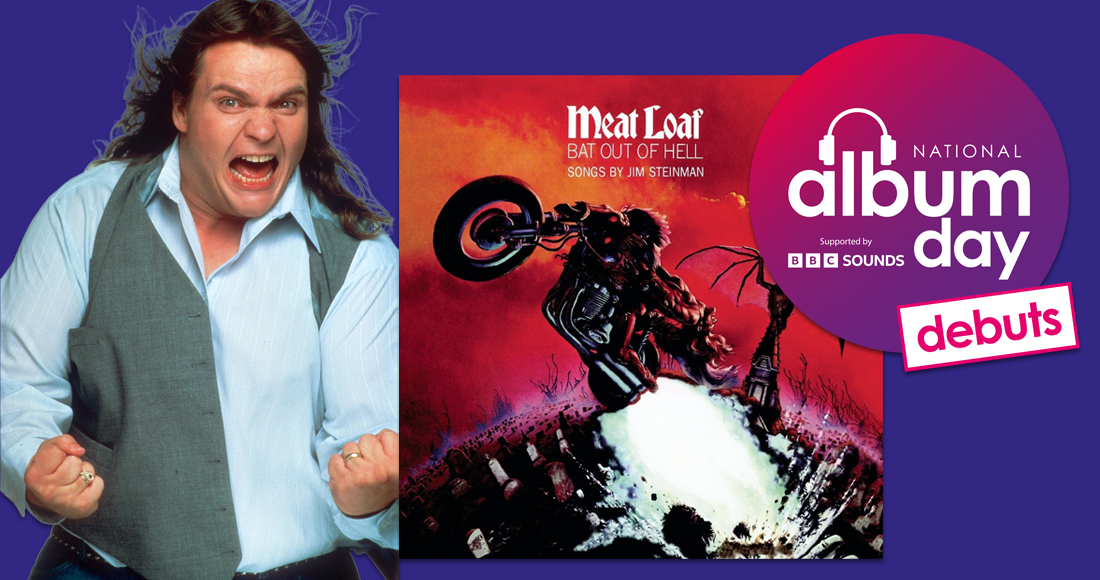 Meat Loaf's Bat Out Of Hell has been crowned the UK's biggest debut album of all time.

As part of the 2022 National Album Day celebrations, the late performer's 1977 debut has been announced by BBC Radio 2 as the biggest debut album of all time in the UK, using Official Charts data in partnership with National Album Day based on sales and streams combined since records began in 1956.

Bat Out Of Hell reached the Top 10 for the first time in 2013 - proving the longevity of the collection, before it peaked at Number 3 in January this year following the sad news of Meat Loaf's death. It has spent a total of 530 weeks in the Official Albums Chart Top 100 in the 45 years since its release.

Taking the Number 2 position, and the biggest debut album by a British artist, is none other than James Blunt with his 2004 chart-topping debut Back To Bedlam. Reacting to the news James said, “Are you sure? There must have been some kind of mistake.”

MORE: The biggest debut albums from every UK region revealed

Leona Lewis follows at Number 3, scoring the biggest debut for a female artist with 2007's Spirit; she's closely followed by Lady Gaga's The Fame (4), which sports two Number 1 singles in Just Dance and Poker Face, and Dido's 1999 album No Angel (5) which took 20 months to finally reach Number 1 in February 2001 before spending seven weeks at the top.

"I had the most incredible support from the UK when I released my debut album Spirit." Lewis said, "I was overwhelmed with how much love it received and I just remember feeling the same then as I do now, endlessly thankful to everyone that listened and supported me. I felt like I was representing my country and that felt amazing."

Spice Girls come in at Number 6 with Spice (1996), the biggest debut for a group, while rounding out the Top 10 is Keane's Hopes and Fears (7), Jagged Little Pill by Alanis Morissette (8), Sam Smith's In The Lonely Hour (9) and Parachutes by Coldplay (10). See the full Top 20 below.

Steve Wright will count down the full Top 20 on BBC Radio 2 this National Album Day, Saturday 15 October, from 1-3pm.  Listen to the countdown from 40-21 exclusively on BBC Sounds.

The UK's Top 20 biggest debut albums of all time