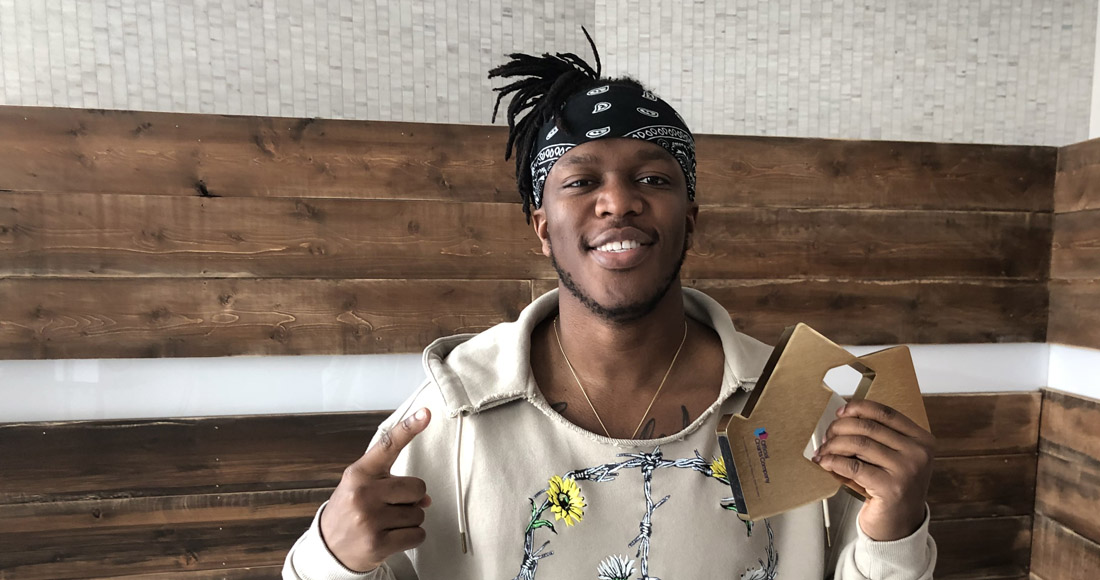 KSI celebrates his first ever chart-topper as his new album All Over The Place lands straight in at Number 1 on this week’s Official Albums Chart.

The record opens with just over 34,000 chart sales to claim the top spot. 54% of his opening week total came from physical (CD, vinyl, cassette) sales, and is this week's best-seller on vinyl, while the album’s 16 tracks notched up a total 20.9 million streams.

Celebrating the news, KSI told OfficialCharts.com: “Your boy did it! Finally got it, a Number 1 album - mad! Thank you to everyone who has supported, I wouldn’t have this without you. I’ve been doing music for so long and to finally get this is crazy. Official Charts Company. Number 1. I never thought I’d ever get one of these. I have no right – I’m a YouTuber! Thank you.”

Watch our interview with KSI about All Over The Place below:

Further down, Foo Fighters’ Record Store Day release Hail Satin – recorded under their disco alter-ego Dee Gees – debuts at 17 and was the most popular album in independent record shops this week. On the ten-year anniversary of her death, Amy Winehouse’s Back To Black returns to the Top 40 at 36.