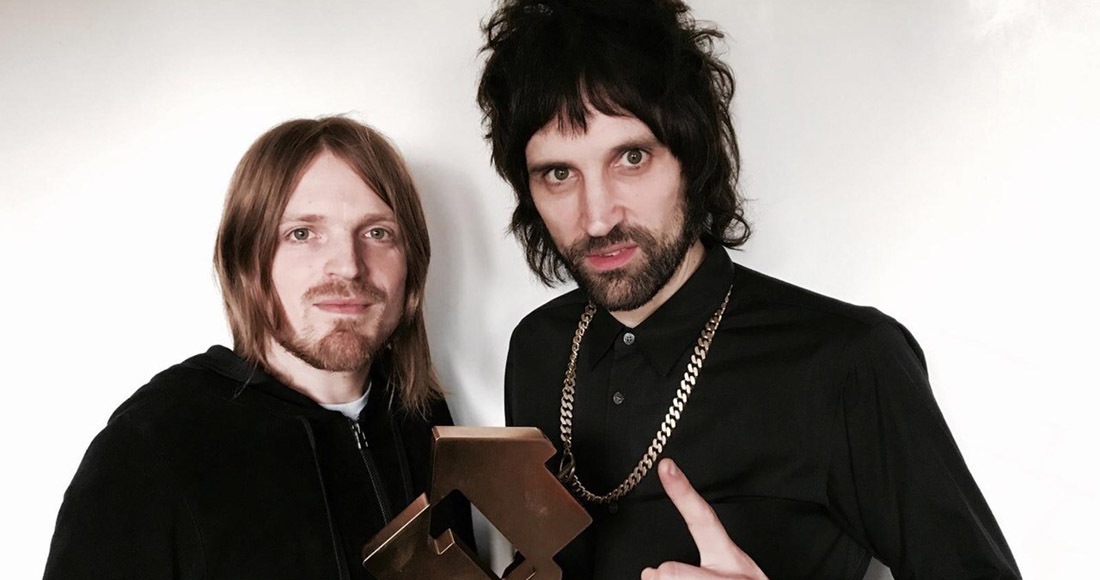 Ed Sheeran’s mammoth reign at the top of the Official Albums Chart is over, and it’s Kasabian who have put an end to his nine-week stint.

The Leicestershire band’s sixth studio album For Crying Out Loud rounded out the week on 52,000 combined chart sales, some 5,000 ahead of Ed. For Crying Out Loud is Kasabian’s fifth Number 1 album in a row and is their first new collection of material since 2014’s 48:13.

The band’s guitarist Serge Pizzorno thanked the fans in a message to OfficialCharts.com: "It’s absolutely incredible to have 5 Number 1 albums in a row. Thanks to everyone who has supported us. We can’t wait to play the new tracks on the road this summer."

Blondie also impact the Official Albums Chart this week with their 11th studio record Pollinator at Number 4, the group’s first Top 5 entry in over 18 years. Their last spell happened in February 1999 when No Exit went in at Number 3.

Nick Cave & The Bad Seeds sow a 5th UK Top 10 album with their greatest hits Lovely Creatures at 8, while Slowdive score their first Top 20 entry in 22 years with their new self-titled album (16), their first release since they disbanded in 1995.

American singer LP makes her UK Top 40 debut with Lost On You at Number 17, just ahead of four other new entries: Leftfield’s Leftism at 18, Logic’s Everybody at Number 20, This Old Dog from Mac DeMarco (21), and From A Room – Vol. 1 by Chris Stapleton (22).

MORE: Singer LP on the long and winding journey to her global hit Lost On You: 'One song can change your whole f**king life'

At The Drive-In’s first offering in 17 years in.ter a.li.a debuts at Number 30, and Diana Krall scores her 9th Top 40 album with Turn Up The Quiet at 32. Finally, Hawkwind sit comfortably in the Official Albums Chart Top 40 with Into The Woods occupying the Number 34 position.

Remind yourself of every Official UK Number 1 of 2017 so far below: