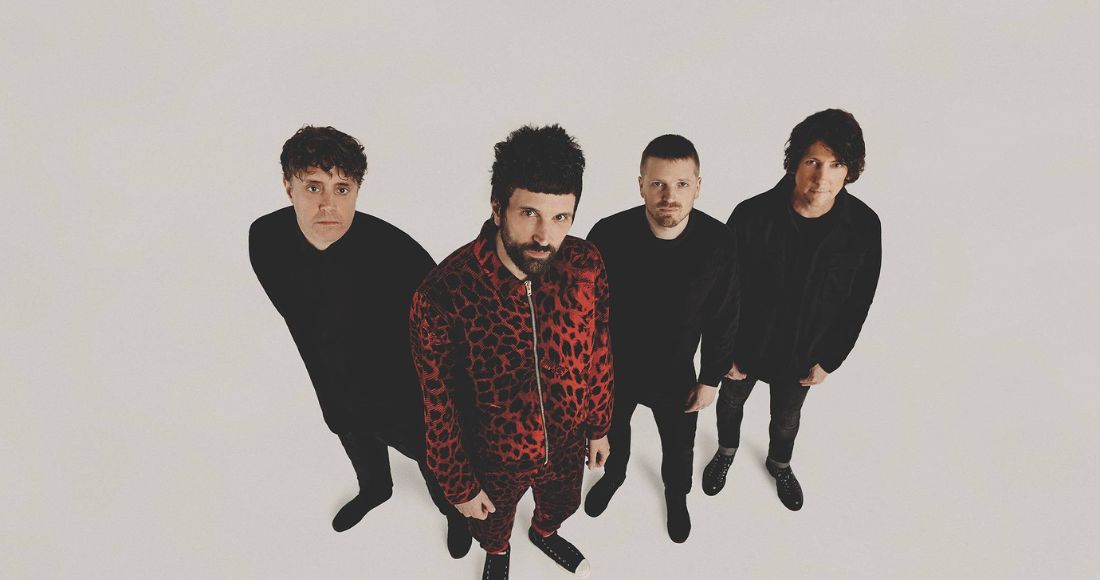 Kasabian are on course to claim their sixth UK Number 1 album with The Alchemist’s Euphoria.

The seventh album from the Leicester band, and their first in five years, The Alchemist’s Euphoria is the first to feature Sergio Pizzorno on lead vocals. At the mid-week mark, Kasabian are currently out-selling the rest of the Top 5 of the Official Albums Chart combined.

Manchester-based indie rock quartet Pale Waves are aiming for their highest-ever UK chart position with third album Unwanted. Currently on track for Number 2 debut, Pale Waves have reached the Top 10 with previous albums My Mind Makes Noises (Number 8) and Who Am I? (3).

MORE: Read our exclusive chat with Pale Waves about Unwanted

There could also be two further new entries inside the Top 10 this week; synth-pop legends Erasure could secure their eleventh Top 10 record with Day-Glo (Based On A True Story) (6), while eight-piece ska band The Dualers could gain their first with Voices From The Sun (8).

Elsewhere, US super-producer Danger Mouse and Philadelphia based hip-hop collective Black Thought’s first collaborative album together Cheat Codes has its eyes set on a Top 20 debut (16) and Swedish death metal band Arch Enemy could gain their highest charting record yet with Deceivers (25).

Following the start of their sold-out six-night run at Wembley, Coldplay’s former chart-topper Music Of The Spheres could break back into the Top 40 (29).