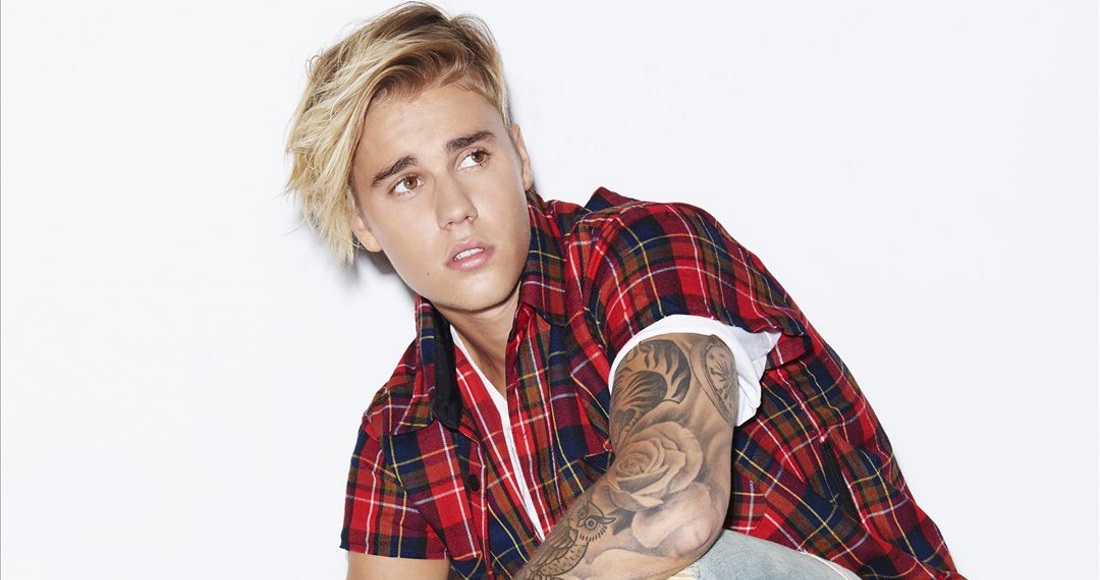 After playing second fiddle to Adele’s Hello for the last three weeks, Justin Bieber has not only ousted her from the top spot with Sorry on this week’s Official Singles Chart, he's broken a new Official Chart record!

Bieber shifted an impressive 104,000 combined chart sales to claim this week’s Number 1, including a massive 5.35 million streams, a new personal best for the Canadian star. Sorry marks the star’s second UK Number 1 single after What Do You Mean?, which logged five weeks at Number 1 in September/October.

Bieber dominates this week’s rundown following the release of his new album Purpose, including no less than three singles in the Top 5: Sorry (1), Love Yourself (3) and What Do You Mean? (5). No other male artist has achieved this in 34 years, since John Lennon in January 1981 with Imagine (1), Happy Xmas (War Is Over) (3) and (Just Like) Starting Over (5) following his tragic death.

MORE: See where all of Justin Bieber's songs and albums have charted in the UK

And it doesn’t stop there for Bieber's takeover this week, with every track from the album charting inside the Top 100, eight of which cracked the Top 40 – the first time ever that a living act has achieved this many entries simultaneously in the Official Singles Chart Top 40. The closest was Elvis some 58 years ago in 1957 who managed a maximum of seven entries.

Elsewhere in this week’s Top 5, Adele’s Hello slips to 2, and Fleur East’s Sax is at 4.

Jess Glynne earns her eighth Top 10 single today with Take Me Home, which serves as this year’s Children In Need single, One Direction rebound 16 to 10 with Perfect following their performance on last week’s X Factor results show.

Further down the chart, Format:B’s Chunky is new at Number 29, One Direction’s Drag Me Down is up 15 places to 37, and Years & Years make their Top 40 debut with Eyes Shut at 40.