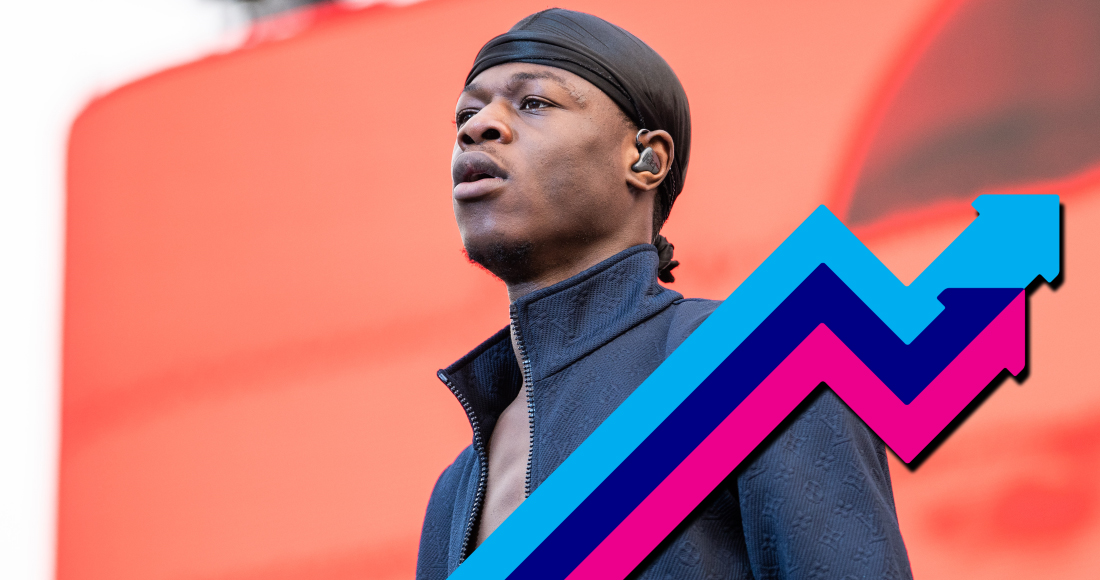 J Hus dominates the UK's Official Trending Chart this week, taking up the Top 2 slots on the Top 20.

The Londoner returned with a new album Big Conspiracy last Friday (Jan 24), with two tracks from the record, Play Play ft. Burna Boy and the title track ft. iceè tgm, being streamed in their millions already. The Official Trending Chart tracks the songs making the biggest gains in UK music that have not yet reached the Top 10 of the Official Singles Chart.

Play Play is expected to chart just outside the Official Singles Chart Top 10 this coming Friday, the highest new entry of the week, while Big Conspiracy the song is currently inside the Top 20. If they continue their momentum, the entries will take J Hus's tally of UK Top 40 hits to 11 - view J Hus's full Official Chart history so far.

Meanwhile, Big Conspiracy (the album) is battling Pet Shop Boys for this week's Number 1 on the Official Albums Chart. As things stand, the record is set to outpeak his debut album Common Sense, which topped out at Number 6 in 2017.

Another rap act generating a lot of buzz this week is M Huncho. His new mixtape Huncholini The 1st could become his first UK Top 10 album this week. The most popular track from the album Pee Pee is on course to become his third UK Top 40 single.

Elsewhere on the trending Top 20, Becky Hill's latest single Better Off Without You ft. Shift K3y is making waves as it charges towards the Official Singles Chart Top 40, while Saint JHN's Roses and the brand-new single from DJ Joel Corry, Lonely, also feature.