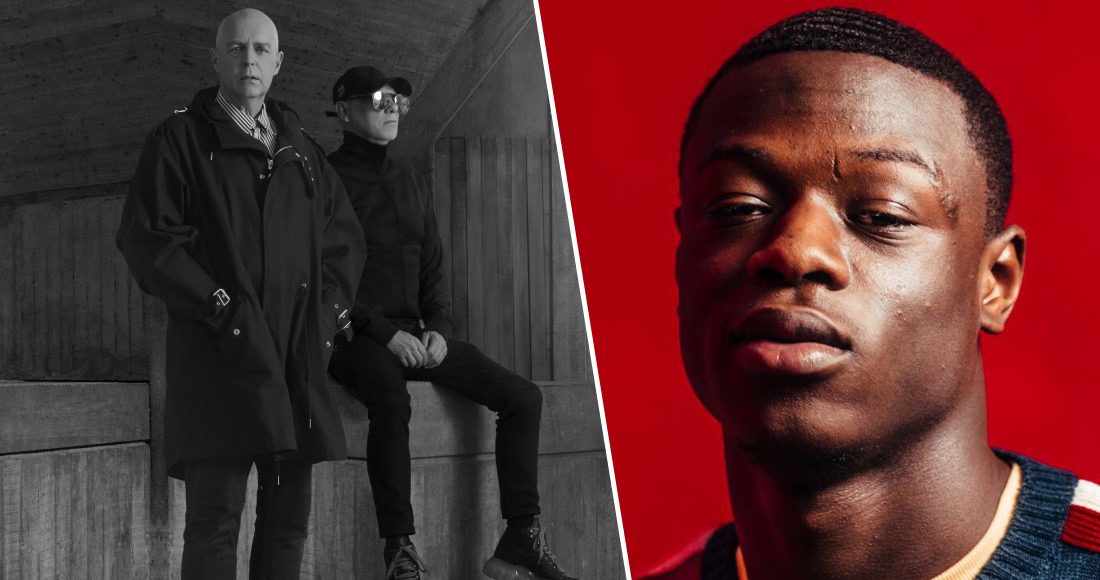 Pet Shop Boys could claim their first UK Number 1 album for more than 26 years on this Friday’s Official Albums Chart.

On today’s Official Chart Update, which tracks the album sales and streams over the weekend, the legendary dance music duo have a lead of 3,000 chart sales with their new record Hotspot. Neil Tennant and Chris Lowe’s fourteenth studio album has picked up the most physical sales and downloads so far this week.

Pet Shop Boys last hit Number 1 on the Official Albums Chart back in October 1993 with the fourth record Very. All 13 of the band’s previous studio albums have charted within the Top 10 in the UK. View Pet Shop Boys' Official UK Chart history in full.

In at Number 2 and chasing the group’s tail is London rapper J Hus. His second studio album Big Conspiracy dropped last Friday and is the most-streamed album of the week so far. The collection is on track to outperform the Number 6 peak of his debut Common Sense.

Masked rapper M Huncho could crack the Top 10 for the first time with his latest mixtape Huncholini The 1st (5), Scottish rock group Twin Atlantic are heading for a third Top 10 album with fifth studio album Power (7) and The Dave Clark Five retrospective All The Hits (8) could mark their first Top 10 appearance in over 41 years.

Following the release of the emotional viral video for new single Monsters, James Blunt’s album Once Upon A Mind is heading back to the Top 40 at 12, ahead of Scottish trio Peat & Diesel, new at 14 with Light My Byre. Supergrass hits collection The Strange Ones - 1994-2008 is also Top 20 bound at 15.

John Denver greatest hits Gold is new at Number 26 at the halfway mark of the week, and post-punk group Wire could scoop their second Top 40 album with their seventeenth studio LP Mind Hive at Number 36.