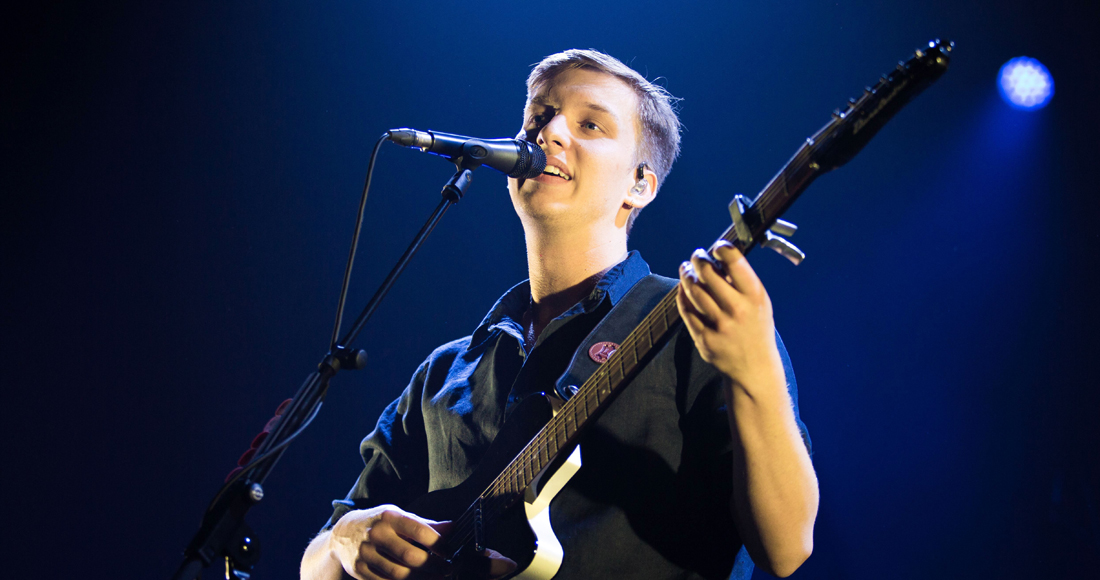 Shotgun, which was also Ireland's Official Song of the Summer, was the most popular single of the year across all formats - digital download, audio stream and video stream - accumulating combined sales of 114,000. Paradise, which peaked at Number 5 also features in the year-end Top 10 at Number 7.

George is not the only act with two Top 10 entries: Dua Lipa's two 2018 chart-toppers One Kiss (with Calvin Harris) and IDGAF both feature in the Top 5, and 2 and 5. Dua's 2017 Number 1 New Rules also appears in the Top 40 at Number 28. The only other artists with three songs in the Top 40 are Post Malone and Ed Sheeran.

God's Plan by Drake appears at Number 3, while Rudimental's Number 2 hit These Days featuring Macklemore, Jess Glynne and Dan Caplen claims the biggest hit by a group at Number 4.

The third act with two songs in the year-end Top 10 is Anne-Marie. The singer from Essex saw her popularity skyrocket in Ireland after supporting Ed Sheeran on tour, and her hit 2002 impacts at Number 6, and Friends with Marshmello lands at Number 8.

Ariana Grande, one of three artists to claim two Number 1 singles in 2018 (alongside Calvin Harris & Dua Lipa) rounds out the Top 10 at 10 with No Tears Left To Cry. Meanwhile, more Number 1s feature further down: Clean Bandit and Demi Lovato's Solo (12) and Eastside from Benny Blanco, Halsey and Khalid (13).

The highest charting song to miss the Irish Singles Chart Top 10, Keala Settle's This Is Me, is 17th on the rundown, while more chart toppers appearing in the Top 20 include Post Malone's Psycho with 21 Savage (19) and Promises from Calvin Harris & Sam Smith (20).