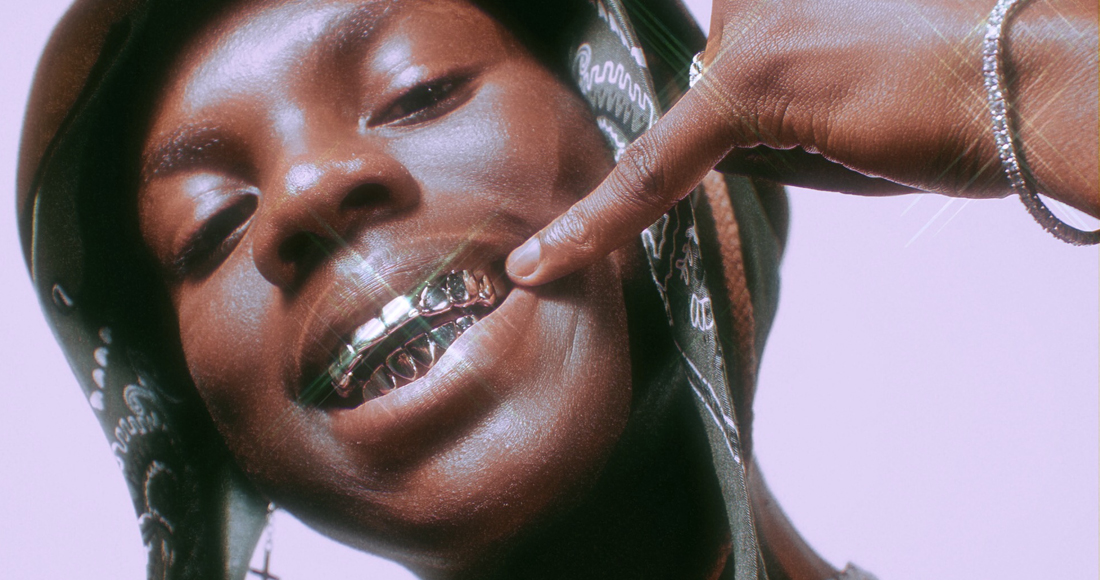 In little more than a year, Rema's fresh and genre-blending take on Afrobeats has taken him across America on tour, earned him a headline slot at London's Boiler Room festival and landed him a spot on Barack Obama's best songs of 2019 playlist.

The track, Iron Man, is an irresistably infectious blend of Afrobeats and Indian sounds that trailed his self-titled debut EP and set the tone for him as one of Nigeria's most significant new stars.

Music has arrived at lightning pace ever since, releasing four new tracks over the past six weeks alone: Ginger Me, Alien, Woman, and Simple Things. The latter is a fiery collaboration that hears him go toe-to-toe with Tory Lanez, with production from New York-based duo DJDS, whose credits include Kanye West, Khalid and Burna Boy. It's the latest step in what is steadily shaping up to be a global takeover.

Taking it right back to the beginning, when did you realise you were good enough at music to launch a career in it?

I initially wanted to be a pilot when I was much younger, I used to live close to the airport in Benin and I'd see the planes take off and think that’s what I wanted to do. Luckily things changed and I got inspired by gospel songs and I started rapping in church and at school.

I decided to take things seriously when I was about 11 when people liked what I was doing and I just kept going. It wasn’t until 2018 when D’Prince discovered one of my freestyles on YouTube and the next thing I know I was being flown out to Lagos to his studio, the rest is history.

One of your recent tracks, Woman, is an especially uplifting anthem. Were you keen to put out something positive during these difficult times for the planet?

I've always want my music to bring positivity and I hope that my brothers and sisters were able to find comfort in it during these hard times. My music has come out during a time when people across the world are coming together to fight this virus but also for justice and equality, and I stand united with them.

You're already known for your expert genre mashing. Do you feel like you have found your musical identity yet?

I credit my parents for introducing me to Fela Kuti and 2Face, that is where my love for music was born. My musical identity has so many different elements and I think people know and love that now. I love fusing different genres, I don’t want any song to sound the same or sit in one box - I’m influenced by Bollywood, Trap, Afrobeats, and Pop and you hear all of these sounds in my music.

My musical process is always different but usually, it just comes to me easily. My recent single Ginger Me, I made in just one late-night studio session earlier this year in London. Not all sessions turn into songs but sometimes it can happen in a couple of hours.

Afro Nation and Official UK Charts are launching the first ever Official Afrobeats Chart. What’s your take on the evolution of Afrobeats over the past few years?

It’s a great thing to witness Afrobeats finally receiving the international success and recognition it deserves. Afrobeats is more than just a genre to me, it’s part of my identity, my culture, it’s in my blood and I’m honoured to be apart of the movement.

This is it, the Official UK Afrobeats Chart is here! 💥 To be compiled weekly by the Official Charts Company, a countdown video will be shared every Sunday at 2pm (GMT) via Afro Nation and the Official Charts socials, with the full chart published on OfficialCharts.com and Spotify. The first chart will be unveiled in a special ‘The Official UK Afrobeats Chart Show’ on BBC Radio 1Xtra on Sunday 26th July from 1pm-3pm. Join @adesope.olajide, @comeddiekadi, @lovemavunga @dj_pmontana as we celebrate the launch with music, discussions, artist interviews and more. #AfrobeatsChart

You've already gained high praise from some notable figures, including Barack Obama; do you have an ultimate goal you’re hoping to achieve one day?

My goal has always been to take Afrobeats to the world and now it’s happening, I just want to keep doing this and make Benin City proud. Also... Rihanna and Drake have called for me online, so I am hoping one day to collaborate with them.

What artists do you think are producing great music at the moment?

Are there any plans for a full-length project?

An album is something I want to do and will do, you will have to be patient... Things changed this year with everything going on and not being able to tour has a big effect - I need to perform my music for it to feel real. I just dropped a compilation of my 10 singles to date so I’m enjoying this time to reflect on what I’ve achieved over the past year. I feel very blessed.