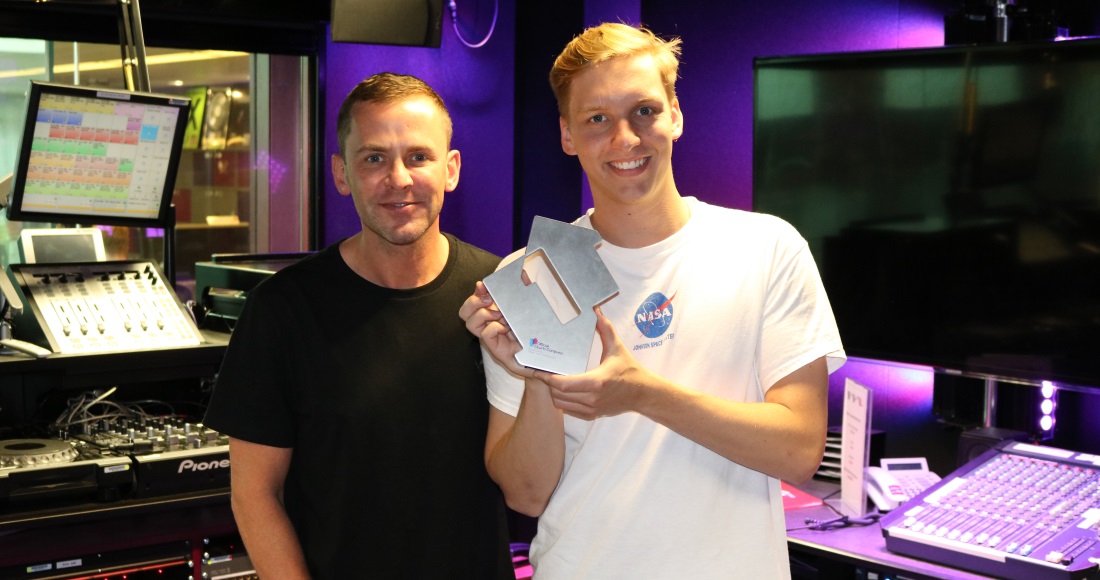 George Ezra has scored his first UK Number 1 on the Official Singles Chart.

Shotgun, the third single from George’s Number 1 album Staying at Tamara’s, rises one place to secure the top spot in its 14th week on chart. Securing the most digital downloads this week, Shotgun rides to the helm of the Official Chart with a lead of 6,500 units, knocking last week’s chart topper Solo by Clean Bandit ft. Demi Lovato to Number 2.

Celebrating the news, George told OfficialCharts.com: “I never thought that this would happen. The thing that’s most amazing about it is the fact that all of you out there are sharing the song and playing it loud and enjoying it with your summer, which is exactly what I wanted. I can’t thank you enough.”

Elsewhere in this week’s Top 5, rapper XXXTentacion, who was shot dead on June 18 aged 20, rises 26 places to Number 5 with Sad!, a new peak for the track. Two more of his songs, Moonlight and Changes also reach new personal bests at 17 and 22 respectively.

Two more songs reach new highs in this week’s Top 10: Years & Years jump two placings to Number 6 with If You’re Over Me; and Cardi B’s I Like It ft. Bad Bunny and J Balvin hits Number 8.

Youngblood by 5 Seconds of Summer (11) and Jonas Blue’s Rise ft. Jack & Jack (12) score their highest positions to date in the Top 20, plus there’s more good news for Juice WRLD’s Lucid Dreams (18), and Jackie Chan by Tiesto & Dzeko ft. Preme and Post Malone (20), which reach the Top 20 for the first time.

Cheat Codes & Little Mix collect this week’s highest new entry with Only You at Number 32, plus another three songs make their Top 40 debuts this week; Tyga & Offset's Taste climbs eight to Number 34, APES**T by The Carters, aka Beyoncé and Jay-Z, rises seven slots to 36, and Jax Jones’ new single Ring Ring ft. Mabel and Rich The Kid impacts at Number 40.