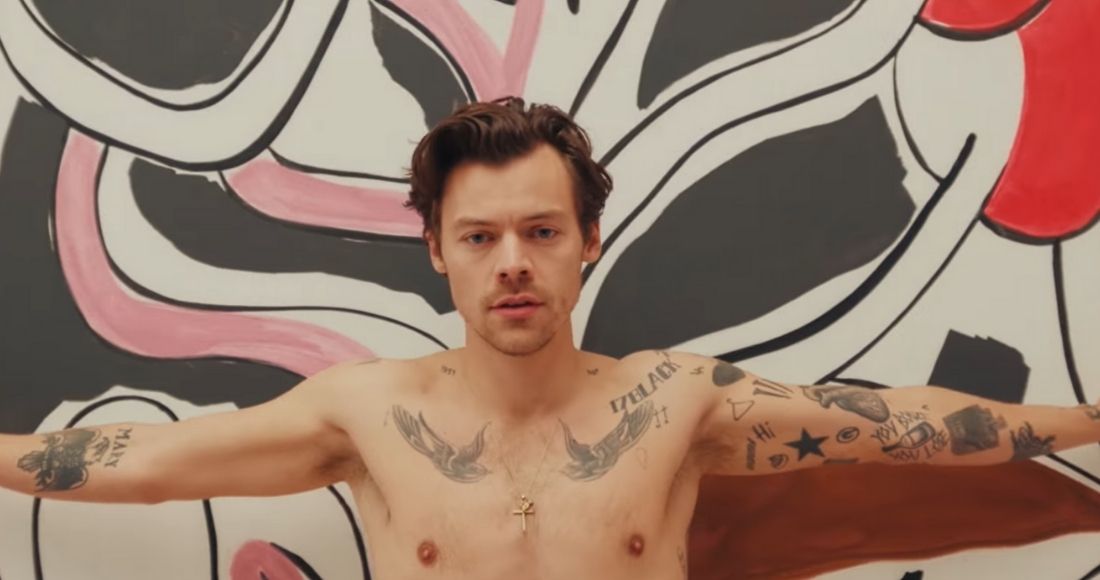 Nothing is ever As It Was, as Harry Styles makes a massive debut with his second solo Number 1 single.

Heading straight to the top of the Official Singles Chart, As It Was achieves the biggest opening week of any single in 2022 so far, with an incredible 94,000 chart sales. The song notched up 10.5 million streams over the past seven days – the biggest week of UK streams of any track this year so far. It’s also the most-downloaded song of the week too, topping the Official Download Chart.

As It Was also claims the biggest first week of any song on the Official Chart since LadBaby ft. Ed Sheeran & Elton John’s Sausage Rolls for Everyone last year. See Harry’s Official Charts history in full here.

As a result of Harry’s big arrival, Dave’s four-week reigning Number 1 Starlight finishes at Number 2 this week, while Aitch and Ashanti also drop one place to Number 3 with Baby.

MORE: The official biggest songs of 2022 so far

Elsewhere in the Top 20, US rapper Lil Tjay is another new entry this week at Number 18 with In My Head. This becomes his fourth Top 40 entry in the UK.

Becky Hill and Galantis continue to rise with Run, now up one place to Number 21, while Charlie Puth also hits a new peak with viral Light Switch at Number 30.

DJ Sigala is also up one place today, with Melody claiming a fresh peak of Number 33. Finally, 17-year-old American singer and actress Dylan Conrique makes her UK Top 40 debut today. Her viral track Birthday Cake is this week’s biggest climber, jumping 15 places to enter the Top 40 for the first time at Number 37.