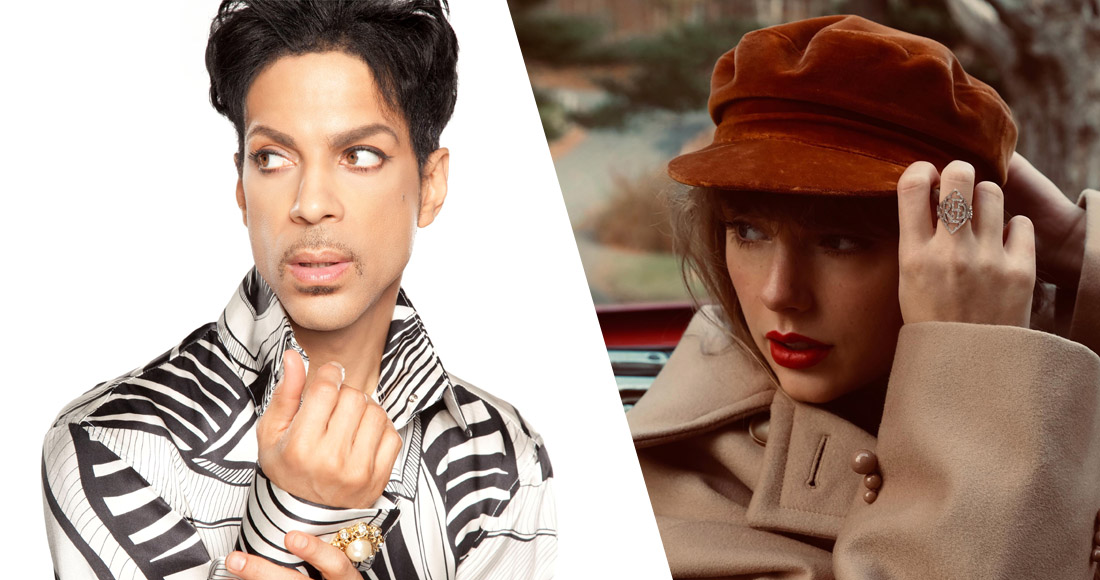 The late, great Prince is giving his fans a posthumous gift this week with the release of Welcome 2 America.

The album - which was originally recorded for release in 2010 before being scrapped - was saved in the artist's legendary Vault at his Paisley Park complex, where over 8,000 tracks were rumoured to have been stored away.

This is by no means the first time that an artists' previously unreleased material has found its way out of the vault and back into the spotlight, years after it was initially recorded.

For the past year, Taylor Swift has been re-recording all the material from her first six albums from her previous record deal with Big Machine following music manager Scooter Braun’s controversial purchasing of her masters (although he has since sold them on to a private equity firm for a reported $300 million).

The first fruits of this labour were displayed this year with the release of Fearless (Taylor's Version) which became the pop superstar's record-breaking seventh UK Number 1 album. The collection also included six 'From The Vault' tracks that had originally been recorded for inclusion on the album but were left off. One of them, Mr Perfectly Fine, is one of Taylor's trademark grandoise breakup anthems, while Keith Urban collaboration That's When came about when Taylor was his opening act during on tour.

Later this year, Taylor will hope to repeat the same trick again with Red (Taylor's Version), which will include a mammoth 30 tracks, including a 10-minute 'From The Vault' track that many expect to be the mythical original demo of All Too Well.

Doing basically what it says on the tin, The Rolling Stones' Rarities 1971-2003 included previously unheard, rare and obscure songs from the rock legends' first four decades of recordings. In the album's liner notes, Ronnie Wood said: "There are songs we've done for albums in the past that I've thought, oh, it's a shame that song didn't make the album. Then you get carried away with promoting it and you forget about it."

The release wasn't without controversy, however, as the record was criticised by some fans for not including heavily bootlegged tracks they had been listening to for years but have yet to see an official release of any kind. Stranger still, the album was also distributed by American coffee chain Starbucks.

Regarded as one of the greatest folk albums ever recorded, the 50th anniversary celebrations for Joni Mitchell's masterpiece Blue this year were followed by the release of rare demos and outtakes from the record's recording sessions on a special EP.

Joni herself admitted that "a lot of fuss being made over it, but there wasn't originally" but half a century later, it's still easy to see why Blue has captivated countless listeners and inspired new generations of singer-songwriters like Lana Del Rey and Olivia Rodrigo.

For The Beatles, a trip into the archives became a full-scale multimedia event.

Reuniting the three surviving members of the band in 1995, 15 years after John Lennon's assassination, the three-part Anthology comprised of unreleased demos and outtakes recorded by the band in chronological order.

All three parts of the Anthology were a success on the Official Albums Chart, with Anthology 2 reaching Number 1. Alongside the albums, fans were also treated to a TV documentary and a book.