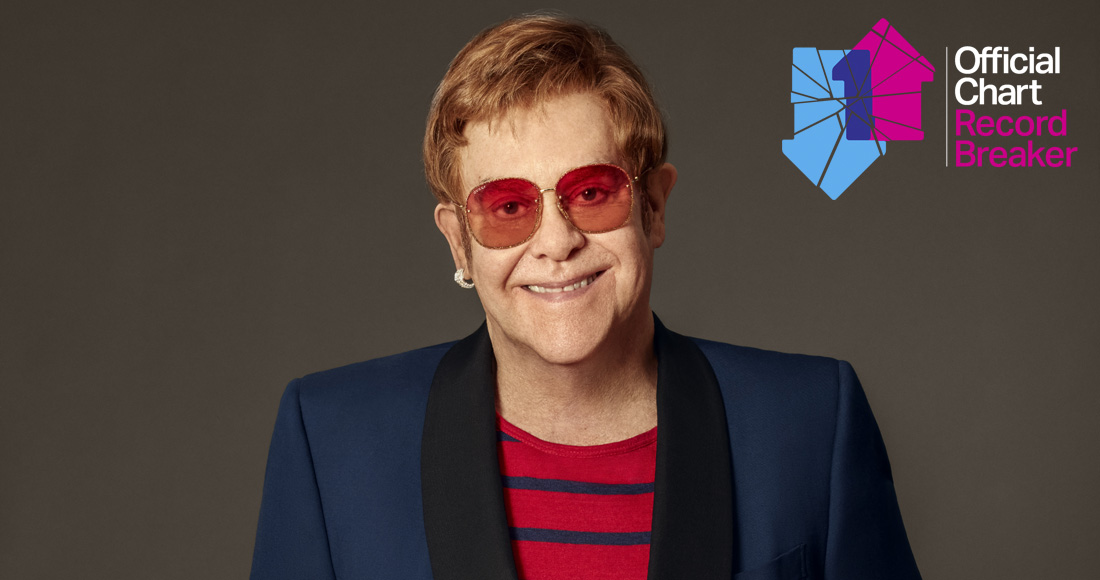 Elton John sets a new record as the only act in Official UK Chart history to score a Top 10 single in six different decades, the Official Charts Company can reveal.

Elton made his first appearance on the chart with Your Song in 1971, reaching Number 7, and later re-entering at Number 4 in 2002. The seventies was Elton’s most prolific period for Top 10 singles in the UK, landing ten in total, followed by eight in the nineties.

Elton leapfrogs ahead of five other music legends – Elvis, Cher, Cliff Richard, Michael Jackson and David Bowie – who have each landed at least one Top 10 single in five different decades.

Among Elton’s Top 10 hits are seven Number 1 singles. His first was 1976’s Don’t Go Breaking My Heart with Kiki Dee, while his biggest chart-topper is 1997’s Candle In The Wind 97/Something About The Way You Look Tonight – the UK’s best-selling single of all time (4.94m pure sales).

What’s more, Elton could extend his run of Number 1s to eight this week, as Cold Heart (Pnau Remix) with Dua Lipa is set to dethrone Ed Sheeran’s Shivers from the summit after three weeks at Number 2.