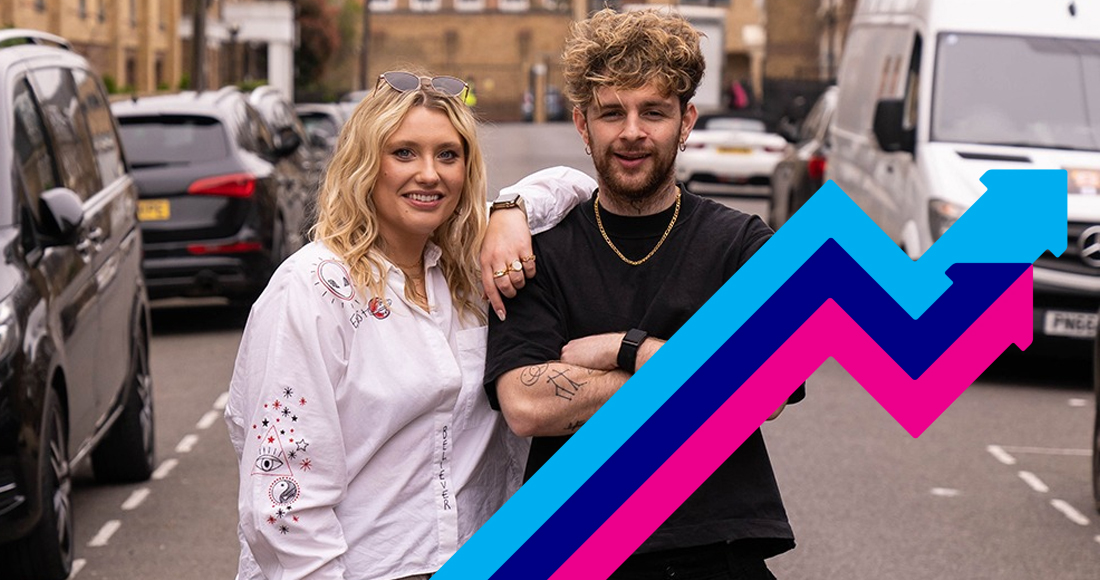 Ella Henderson & Tom Grennan are back at Number 1 on the Official Trending Chart with Let’s Go Home Together.

After reaching a new peak on the Official Singles Chart last week (16 April) the song is once again the biggest trending track in the UK, fending off competition from Olivia Rodrigo’s Deja Vu, which is flying midweek, and Masked Wolf’s Astronaut In The Ocean. To date Let’s Go Home Together has been streamed 15 million times in the UK alone.

Other hits on the rise include Summer 91 (Looking Back) by US producer Noizu, Maroon 5 & Megan Thee Stallion's Beautiful Mistakes, and Marea (We've Lost Dancing) by Fred Again & The Blessed Madonna.