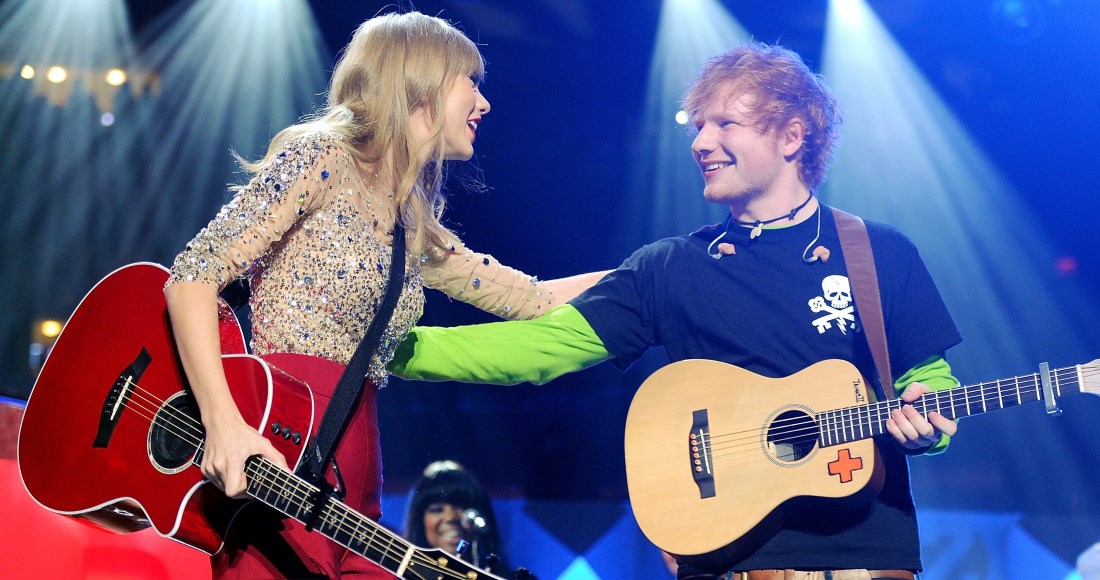 We would love to see the contacts list on Ed Sheeran's phone.

The megastar singer-songwriter has announced the tracklist for his upcoming No.6 Collaborations Project, featuring 22 featured artists across 15 tracks. The collection features a mix of high-profile of collaborators, rising stars and some surprising combinations.

Ed's old pals Stormzy and Eminem are teaming up with him again, while new British talent like Dave and Ella Mai are also included. Songs like South of the Border featuring Camila Cabello & Cardi B and Blow with Bruno Mars & Chris Stapleton give us exciting blends of artists on the same tracks.

Ahead of its release on July 12, we're revealed his most successful collaborations so far.

Ed's biggest hook-up is River, the Eminem track he has a featured slot on (1.04 million combined sales). The former chart-topper has been streamed 97.5 million times, making it Ed's most streamed collab. So popular was the song that Ed replaced himself at the top of the Official Chart in January 2018 when River dethroned Ed's Official Christmas Number 1 single Perfect.

Rudimental's hit Lay It All On Me featuring Ed Sheeran ranks second with 823,000 sales, made up of 64 million streams and 191,000 paid-for units. Ed's most downloaded collaboration, the Taylor Swift lead Everything Has Changed lands at Number 3 (606k), notching up 372,000 downloads and 25.2 million plays.

Ed's sixth Number 1 single I Don't Care with Justin Bieber is currently his fourth biggest collaboration (451k), while the Taylor Swift and Future-assisted End Game rounds out the Top 5 (180k).

*The Rudimental remix of Bloodstream, collaborative versions of Shape of You with Stormzy and Zion & Lennox, and the Perfect duets with Beyoncé and Andrea Bocelli are not included due to these features being uncredited on the Official Chart.