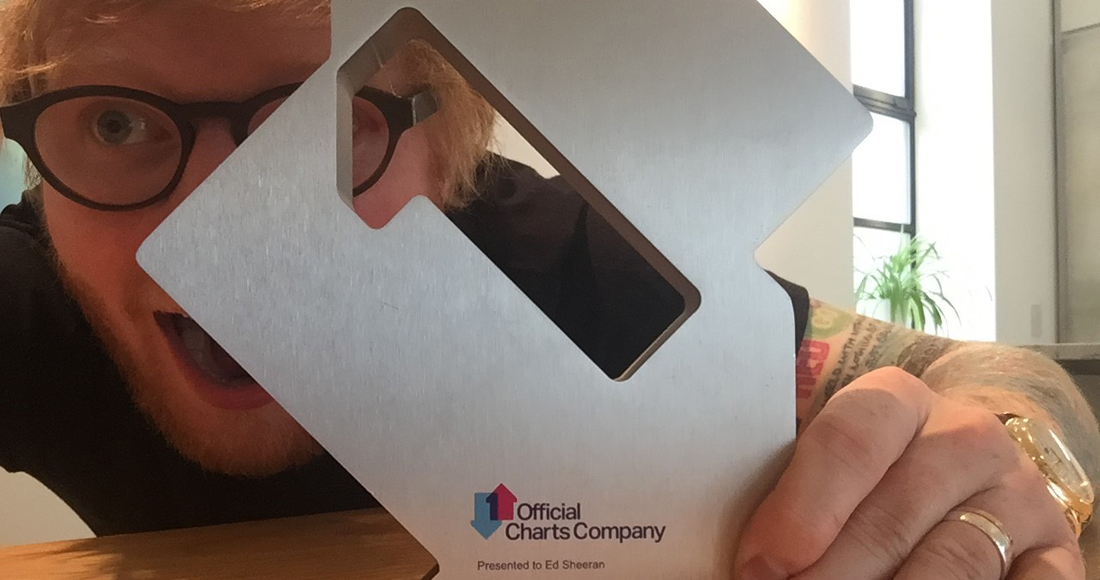 Ed Sheeran and Justin Bieber extend their reign at Number 1 with I Don’t Care to a seventh consecutive week on this week’s Official Singles Chart.

The song, which features on Ed’s upcoming No.6 Collaborations Project (out July 12), leads its closest rival by 8,500 combined sales. Additionally, Ed’s Cross Me ft. Chance The Rapper and PnB Rock reaches a new peak at Number 4 following the release of its music video.

As Stormzy prepares to headline Glastonbury tonight, he claims two Top 5 singles: Vossi Bop (3) which debuted at Number 1 in May, and brand-new single Crown (5).

Elsewhere, Sigala and Becky Hill rise three places to the cusp of the Top 10 at 11 with Wish You Well, while Mabel’s Mad Love climbs three to 13.

Mocking It by Jay1 debuts at Number 19 - the Coventry rapper’s second Top 20 hit after Your Mrs (third including his feature on the remix of Russ and Tion Wayne’s Keisha & Becky).