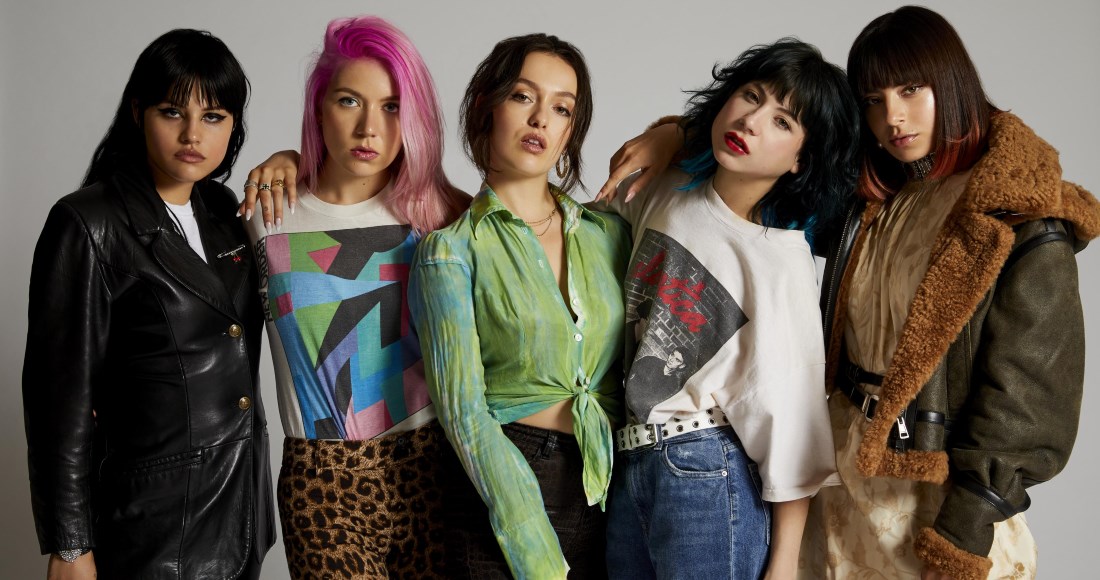 Music and movies have been interlinked for as long as Hollywood has been around, and many a popstar has given acting a go – but what about when they’re playing themselves?

Charli XCX will be in the spotlight on Netflix from November 15, with the release of I'm With The Band. The six-part series follows Nasty Cherry, the four-piece girl group handpicked by Charli and signed to her Vroom Vroom record label. If you've ever wanted to know what it's like to get your start in a girl band, this show will be right up your alley; we'll see how the girls adapt to moving in together, recording their first single and performing live for the first time.

We look at other movies that celebrate music icons, lost legends, and the artists only too happy to let a fly on the wall reveal all, no matter how shocking the results.

Travis Scott is the one of the latest famous faces to find himself at the centre of a hip-hopumentary, with his Netflix special Look Mom I Can Fly. The intimate movie charts some seriously life-changing moments for Travis, as he dealt with fame and also put together his third album Astroworld. Following the release, his album Astroworld returned to albums charts around the world and his subsequent single Highest In The Room became his biggest UK hit to date.

Beyoncé teamed up with Netflix to go behind the scenes as she prepared for her celebrated 2018 Coachella headline slot. It was a powerhouse documentary combining breathtaking performance clips – seamlessly edited to use footage from both shows – tales of the physical challenge Beyoncé set herself own and fascinating rehearsal footage, tracking Bey and her team's progress from concept to execution.

Kate Nash shot to fame in 2007 with breakthrough hit Foundation and a documentary about her impressed critics and gained serious traction since dropping on BBC Three in June. Underestimate The Girl tells Kate's story as she tries to get her career back on track following a few bruising incidents with the music industry. It's a raw look at the realities of fame and its effects, and Kate's journey is inspiring.

One Direction – This is Us

When still a fivesome, One Direction took us behind the scenes of their 2013 Take Me Home Tour, featuring on-camera high jinks spliced with footage from the shows. While the movie is unscripted and cameras were access all areas, we reckon there were probably some pretty outrageous off-cuts. if you want to see the boy's wild side, you're out of luck: there’s a noticeable absence of hell-raising, and Zayn, Harry, Louis, Liam, and Niall all seem like witty, clean-living boys. Anyone looking for dirt would be better off checking their own fingernails.

Documenting Gaga’s return to the charts with fourth album Joanne, and the preparations for her Super Bowl Half Time Show performance, Gaga: Five Foot Two is a fairly downbeat look at her thoughts on fame, loneliness and pop superstardom. Not that Gaga isn’t funny and sharp, because she is – her “rivalry” with Madonna is dealt with to marvellous effect – and the production is glossy and slick.

Katy Perry – Part of Me

Set during Katy’s California Dreams Tour, what could have been a saccharine, cartoonish extended promo turned into something else entirely when Katy’s marriage to Russell Brand collapsed while filming was going on. That aside, there are plenty of celebrity cameos and live footage from the shows to lift the mood – Katy’s concerts are never short of spectacular.

Is this the popumentary to end them all? Back in 1991, few thought Madonna could get more shocking, but she delighted in proving them wrong with Truth or Dare (called In Bed With Madonna in the UK). Warts-and-all barely covers it: Madonna shows every side to her personality: good, bad, mean, hilarious, spoiled, generous. Plus there's a scene with a bottle of water that can never be forgotten.

Not quite as revelatory but fascinating nonetheless, White Diamond charts Kylie’s return to touring in 2007, following her diagnosis and treatment for breast cancer. You get to see Kylie’s fun side as she trills mini operettas backstage and cavorts with her friends and crew, and there are guest appearances from sister Dannii and U2 frontman Bono.

Candid to the point of full body-cringe at times, this documentary picks up Geri’s life mere days after she quit the Spice Girls, and follows her journey to find a post-Ginger life for herself after five years of sharing her bandmates’ spotlight. Geri comes across pretty well, if a little unsure of the magnitude of what she’s done, and her horror at her mum getting some screen time is still a classic scene. The entire thing is currently on YouTube.

This heartbreaking, Oscar-winning movie from 2015 tells Amy’s story through snippets, recordings, interviews and archive footage. Her rise to fame, issues with substance abuse, romantic troubles, career highs and lows and, finally, her sad passing, are dealt with emotionally but respectfully. Warning: this is not for the faint-hearted, so make sure you're surrounded by fluffy animals and comfort food while watching.

Whitney Houston – Can I Be Me/Whitney

An icon taken before her time, Whitney Houston’s life was a subject of fascination long before she died. Two documentaries have tried to make sense of Whitney’s successes and troubles, each causing controversy with their revelations. Can I Be Me uses footage from Whitney’s 1999 world tour, while Whitney, which was approved by the star’s estate, relies on interviews with her inner circle, and makes some astounding discoveries. Both movies are pretty emotional; big Whitney fans may find it hard to process them, but they're as fascinating as they are heartbreaking.

Blur – No Distance Left to Run

What do you do when the band gets back together? Record it for posterity, of course! When the band reunited for a tour in 2009, they invited camera crews along – probably a good way to make sure there are no squabbles, actually – and added in some previously unseen archive footage and interviews about what it was like to be a band again.

Beyoncé – Life is But a Dream

Yep, Homecoming isn't the first time Beyoncé has let the camera follow her about. Life is But a Dream is beautifully produced and its themes are carefully curated – it is a bit like a dream, really, all gorgeous, floaty and colourful – but Beyoncé is still very open and honest about what it’s like to be Queen Bey, and her personal life, and you do come away feeling you know her a little better.

Way before the tattoos, the blond dye job and, of course, those record-breaking chart feats, Justin was the subject of his own movie, which charted the days leading up to one of his hugest concerts, at Madison Square Gardens in New York City. Featuring a trip back to J-Biebs’ native Canada, behind the scenes footage and interviews with his nearest and dearest, perhaps the most curious thing about Never Say Never is they don't speak to the man himself. It’s still worth a look to see what it’s like to be part of the huge pop machine that’s involved in keeping a star in check and on schedule.

Since taking his own life in 1994, the Nirvana frontman has been the focus of numerous books, documentaries, and movies. Among the highest profile is Kurt and Courtney, a 1998 movie by Nick Broomfield – who also co-directed Whitney: Can I Be Me – which looked into the circumstances surrounding and arising from Kurt’s death. Courtney Love refused to take part and license Nirvana’s music to be used, which led to a war of words between her and Broomfield. Montage of Heck, which uses home video, archive footage, and Kurt’s own journal entries, has been decried by some close to Kurt as mostly fictional, but seeing his story in his own words still has impact, and there are plenty of revelations along the way.

2011 film Beats, Rhymes & Life: The Travels of A Tribe Called Quest tells the story of one of the most iconic and influential hip-hop groups of all time. While it’s a celebration of what made the group great, their history, and their legacy, it also doesn’t shy away from documenting the tensions among group members and covering the low points too. Some fans were irked the movie wasn’t 100% positive, but the resulting film feels like a fair and honest portrayal of a group’s rise and fall.

Following her return to music with album Rainbow in 2017, after a prolonged court battle with her former collaborator Dr Luke, Kesha provided more insight into her story with a film of the same name. Mixing raw confessionals, harrowing stories of rehab for an eating disorder, and dealing with her pain along with highly stylised, striking art montages, Rainbow depicts the urge to create as a way of finding your way out of the darkness.

What have we missed? Tell us in the comments below: