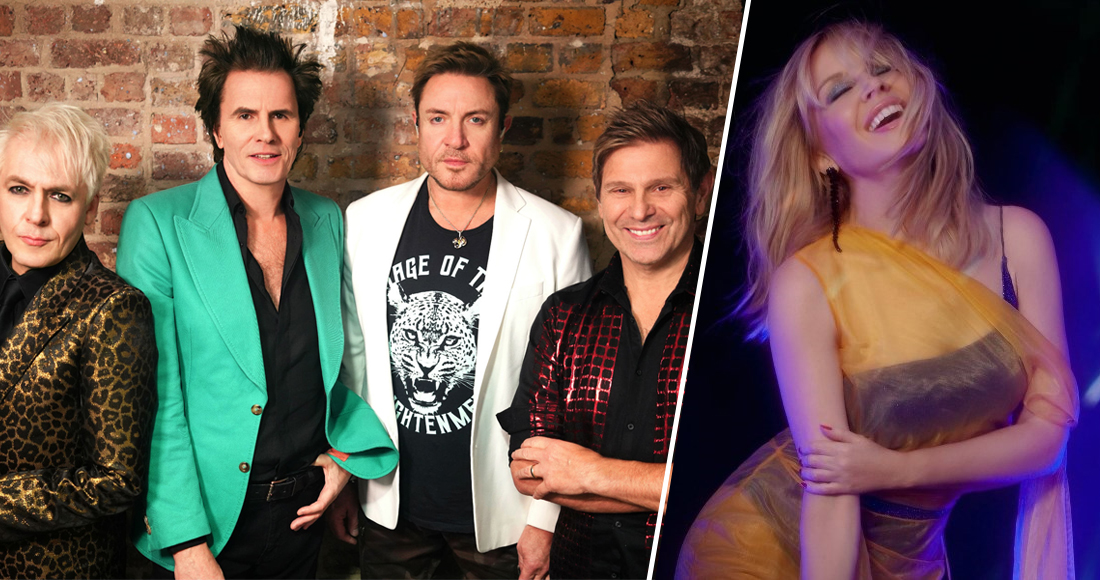 Duran Duran and Kylie Minogue have been announced as the headliners of the London date of worldwide charity concert Global Citizen Live 2021.

The charity gigs are due to take place in multiple cities around the globe on September 25, and aim to "defend the planet and defeat poverty." Fans will be able to watch both Kylie and Duran Duran perform on both a 24-hour broadcast and livestream.

Other acts joining in on the fun at the London date include Nile Rodgers and Chic, Rag'N'Bone Man - who claimed his second UK Number 1 album earlier this year - and Eurovision winners Måneskin.

On October 22, Duran Duran are set to release their 15th studio album Future Past, their first in a new record deal with BMG. To date, Duran Duran have landed 10 Top 40 albums on the Official Chart, plus 30 Top 40 singles. View Duran Duran's Official Chart history here.

Kylie's most recent album, 2020's DISCO, became her eighth Number 1 album in the UK. She's now only behind Madonna as the female solo artist with the second-most Number 1 albums in the country. However, Kylie is the only female solo act to land at least one chart-topping album in five consecutive decades - 80s, 90s, 00s, 10s and 20s.

You can find out more about Global Citizen Live 2021 here.