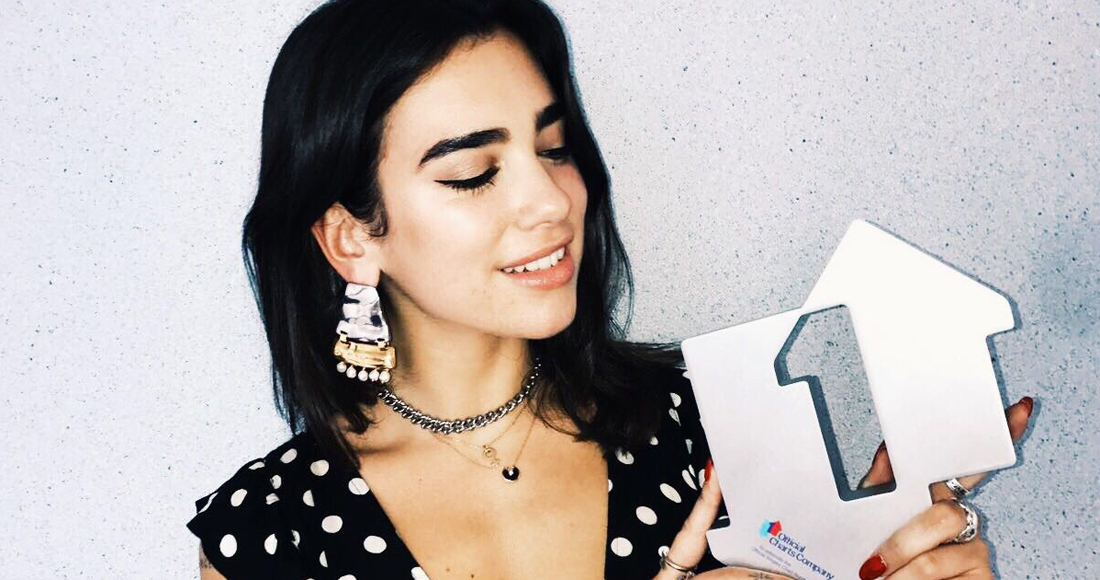 Congratulations to Dua Lipa, who climbs to Number 1 on this week’s Official Singles Chart and in doing so, ends a long drought of chart-toppers from female solo artists.

Dua’s latest single New Rules leaps from 5 to 1 to become the first Number 1 by a female solo artist in almost two years, since Adele’s Hello claimed the top spot in October 2015.

New Rules is Dua’s first Number 1 and follows two previous Top 10s by the star this year: No Lie (with Sean Paul, Number 10) and Be The One (9). Her self-titled debut album, released back in June, holds in the Top 10 this week at Number 7. Check out her full Official Chart history here.

Dua told OfficialCharts.com: "Thank you so much for supporting New Rules - we are officially Number 1! Thank you for sharing it with all your friends, for streaming it, for downloading it. I love you, this means a lot to me."

Phil Christie, President, Warner Bros. Records UK, added: "Dua's talent has never been in any doubt.  A number one single at this stage in the campaign is a hugely significant milestone on the road to her becoming a global pop star. It's the result of three years of hard work and creativity from Dua, Ben and the team at Tap Management, and the whole of WB Records."

New Rules dethrones last week’s chart-topper, Feels by Calvin Harris, Pharrell Williams, Katy Perry and Big Sean, down to 2 after one week at the top.

Meanwhile, P!nk is at Number 5 with her new single What About Us. The track, which debuted at 83 on last week’s chart after less than 24 hours on sale, earns the US superstar her 19th Top 10 single in the UK.

Finally, Swedish DJ/producer Avicii makes his return after a two-year hiatus with Without You ft. Sandro Cavazza, new at Number 32, and Axwell & Ingrosso’s More Than You Know makes its Top 40 debut, climbing three places to Number 38.