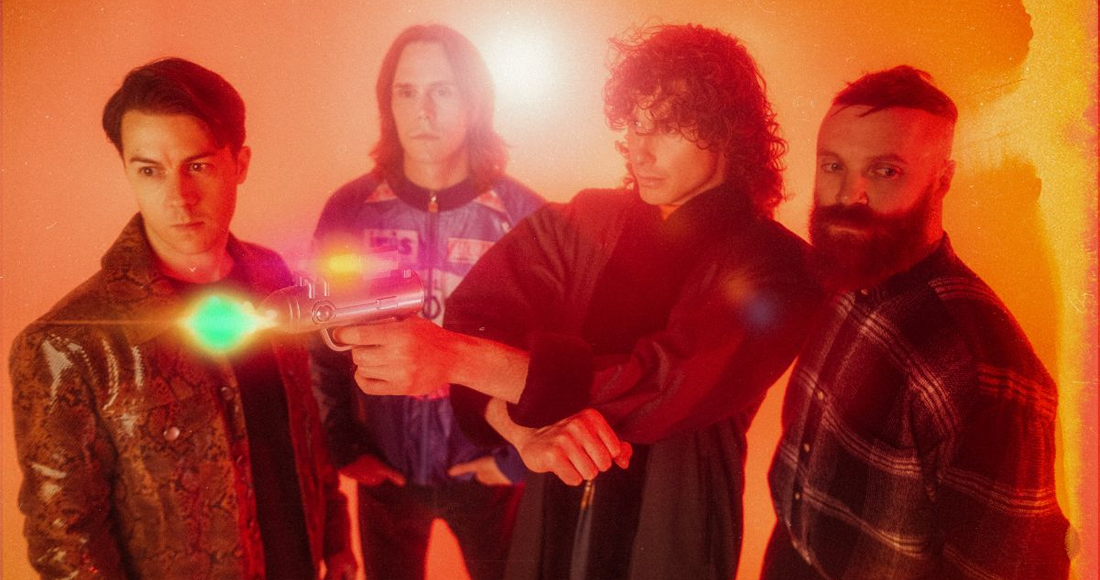 Don Broco are heading towards their first ever UK Number 1 album this Friday with Amazing Things.

The Bedford rock band originally released their fourth album in October 2021 but following its release on vinyl, CD and cassette, Amazing Things could fly all the way to Number 1 this week, having not reached the Top 40 on its original release.

Liverpudlian singer-songwriter Jamie Webster could also be up for a career-best chart position this week, with his second album Moments currently tracking to debut at Number 2. His previous album, We Get By peaked at Number 6 and was the first-ever Number 1 on the Official Folk Albums Chart.

MORE: We Don't Talk About Bruno heading for third week at Number 1 on Official Singles Chart

Blackpool rockers Jethro Tull are heading for their seventh UK Top 10 album and first since 1972 this week. The Zealot Gene, the band’s 22nd studio album and first of original material since 1999, is eyeing up Number 4.

There could be three further new entries in the Top 10 this Friday too. Llanelli band Scarlet Rebels could earn their first-ever Top 40 entry with See Through Blue (6), former Mansun frontman Paul Draper’s second album Cult Leader Tactics (8) could be his first solo Top 10, and Big Big Train’s Welcome To The Planet (10) could become their highest-charting album to date.

Elsewhere, The Longest Johns could score their first Top 40 album with Smoke & Oakum at Number 32 and Woman To Woman: Live In Concert, a live album from singer-songwriters Judie Tzuke, Beverly Craven and Julia Fordham is heading for a new entry at Number 35. It would be Tzuke’s eighth, Craven’s third and Fordham’s fifth Top 40 album, respectively.