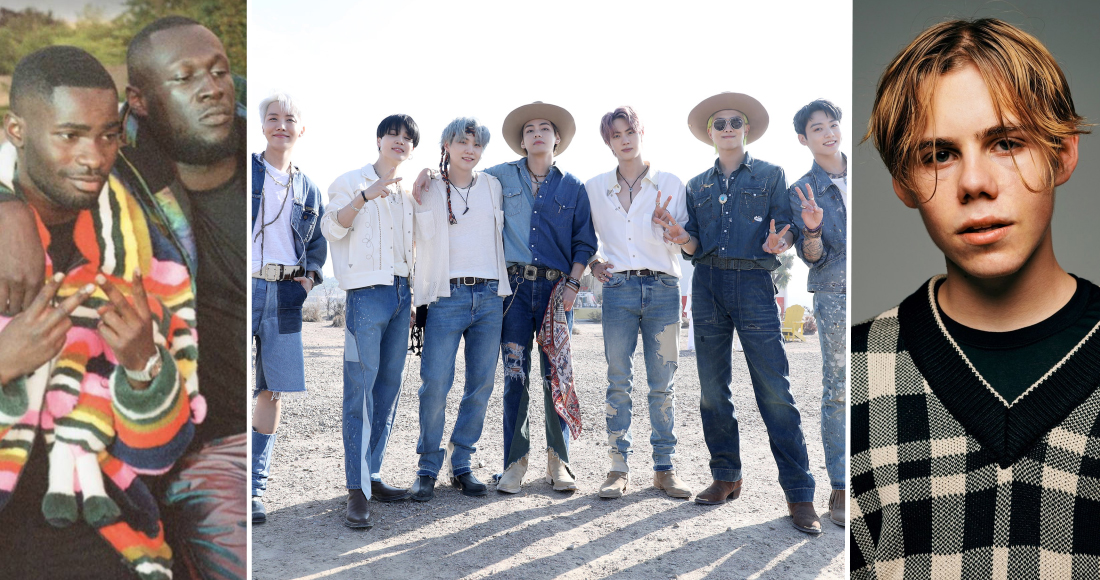 Dave & Stormzy are heading for the highest new entry on this week’s Official Singles Chart.

The British rappers’ first ever collaboration Clash, taken from Dave’s upcoming album We’re All Alone In This Together, goes in at Number 4 on today (July 11)’s Official Chart: First Look. Should Clash’s momentum continue, it will mark Dave’s eighth UK Top 10 single and Stormzy’s 12th.

On course for a third week at Number 1 is Ed Sheeran with Bad Habits, who is currently over 10,000 units ahead of the pack with the most streams and paid-for sales of the weekend. But should football come home for the first time in 55 years, then his lead could be all for naught.

A third new release could also impact this week’s Official Singles Chart Top 10; Australian rising star The Kid Laroi has teamed up with Canadian hitmaker Justin Bieber for Stay at Number 7, the lead track from the former’s upcoming debut album F*CK LOVE (OVER YOU).

Finally, just outside the First Look Top 20 at Number 21 is Billie Eilish with her new single NDA.