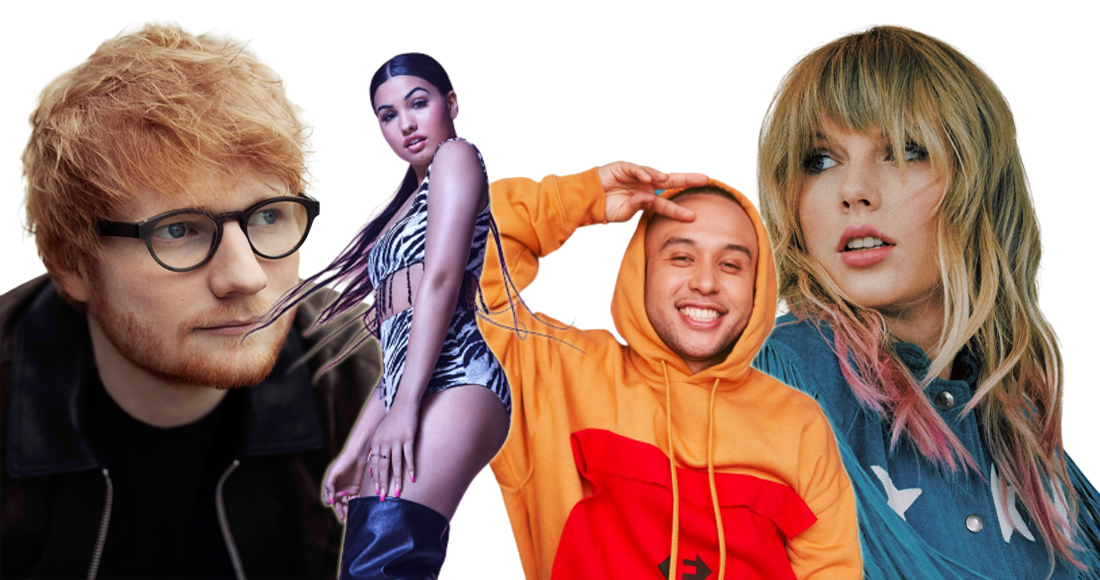 While the British weather may not have yet got the memo, it's the start of summer banger season. Last year, pop, dance and hip-hop shared the spoils of the summer's biggest smashes, thanks to George Ezra's Shotgun, Calvin & Dua's One Kiss, and Drake's In My Feelings.

But who's got your headphones and dancing feet in their sights as summer 2019 unfolds? Here's a head start on the songs shaping up to be your poolside faves.

If you want to be in with a chance of scoring a summer smash, what better way than give a very large nod to a previous summer classic. Interpolating elements of Soul II Soul's iconic summer 1989 chart-topper Back to Life, Little Mix's Bounce Back is so summery and uplifting, you can practically smell the heady mix of suntan lotion and margaritas during the chorus. This is going to be big and you're going to dance hard. Maybe blow up your giant inflatable before you put this on – you don't want to be too out of breath.

Pop's new power couple (regardless of whether they're actually together) are not messing about here. As it's title - Señorita - suggests, the collab is a sultry, latin-pop hip shaker in line with Camila's Havana; not a bad template for a summer smash, right? Even before hitting play, the song's line-up of songwriters and producers is enough to get any pop fan salivating; including Shawn, Camila, Charli XCX, Jack Patterson of Clean Bandit, Andrew Watt, Benny Blanco, and Cashmere Cat.

Over the years, the wonderful Technicolor Katy has oozed summer, and 2019 is no exception with the insanely catchy, see-if-you-can-keep-up-with-the-speedy chorus summer banger Never Really Over. Yep, it's already made an impact in the chart but we reckon this one's got the legs to go far – all the way over to the all-inclusive hotel bar, hopefully, to get us a drink while we bop to this seductive, electro floorfiller

Mabel has been having a brilliant few months, with Don't Call Me Up still a radio favourite, but we reckon new single Mad Love is the one everyone's going to go, um, mad for. Already gaining traction in the charts, Mabel's vocal talents and fresh attitude come together to make the perfect song to put a potential lover through their paces on the dancefloor and create a bit of summer heat of your own, given that the weather itself isn't playing ball.

With Ed's No.6 Collaborations Project set to drop mid July, we're bound to get at least one more new song as a teaser. We're not sure what Ed's got up his sleeve yet, but he has an eye for the charts and knows how to please the crowd so if there's a chance to snare the song of the summer, Ed isn't going to pass it up. Be ready.

The late, great Avicii was a master at inducing euphoria in his audiences, and Heaven, which features the uncredited vocal talents of Coldplay frontman Chris Martin, carries on in that great tradition. Already making an impression on the Official Singles Chart, Heaven is sure to dominate many a hands-in-the-air moment on the last night of your holiday, as you pray for just one more tune.

Bubbling under for a couple of weeks, Ritual feels tailor-made for a holiday romance, with its callbacks to summers of yesterday, especially with the mention of Madonna classics Like A Prayer (which originally came out in winter 1989 but let's not dwell). Rita's voice rings out lush and clear over the flirty dance beat and you can just imagine yourself catching someone's eye across the sun loungers, can't you?

On its way up the chart and onto barbecue playlists up and down the country, Wish You Well mixes Sigala's dance expertise and a nod to nineties trance classics with the faultless pipes of Becky Hill. Becky's voice was born to belt over banging beats, and Wish You Well builds and builds to that inevitable drop with such gusto, your hands will be way up in the air before you know it. The perfect dancefloor banger to accompany your ever so slightly overcooked char-grilled one!

Oh yes this one has been around a while but that's the thing about summer – it can be hard to let go of the ones you love. Bad Guy has spent ten glorious weeks in the Top 10 and shows no signs of losing momentum. Why? Because it's a genuinely unique smash and thus, whether we are willing to admit it or not, will be blaring out of every single playlist this summer and beyond. Duh!

You can't have summer without Jess Glynne or Jax Jones – it's true, we checked – so to have them together on a track is an extra summer bonus. One Touch is a deceptively lowkey house stormer that grabs you when you least expect it – much like that slightly tipsy friend who grabs you and tells you they "really love you, man". If this is playing, you can forgive them; it's totally a love thing.

Taylor Swift - You Need To Calm Down

Taylor's forthcoming album Lover is released in the throws of summer, on August 23, so expect it to be a thoroughly sunny affair. Current single You Need To Calm Down has a lot going for it as a summer anthem: a singalong, arms-aloft chorus and a star-packed music video with a message of celebration during Pride Month. Chill out and whack this one up loud and proud.

However, we must admit our crystal ball may have a few surprises for us yet, 2019's song of the summer could be an upcoming release from Ava Max or perhaps a late entry from the 1975 – or something we don't even know might be coming. Tell us your prediction for potential summer smashes in the comments below.