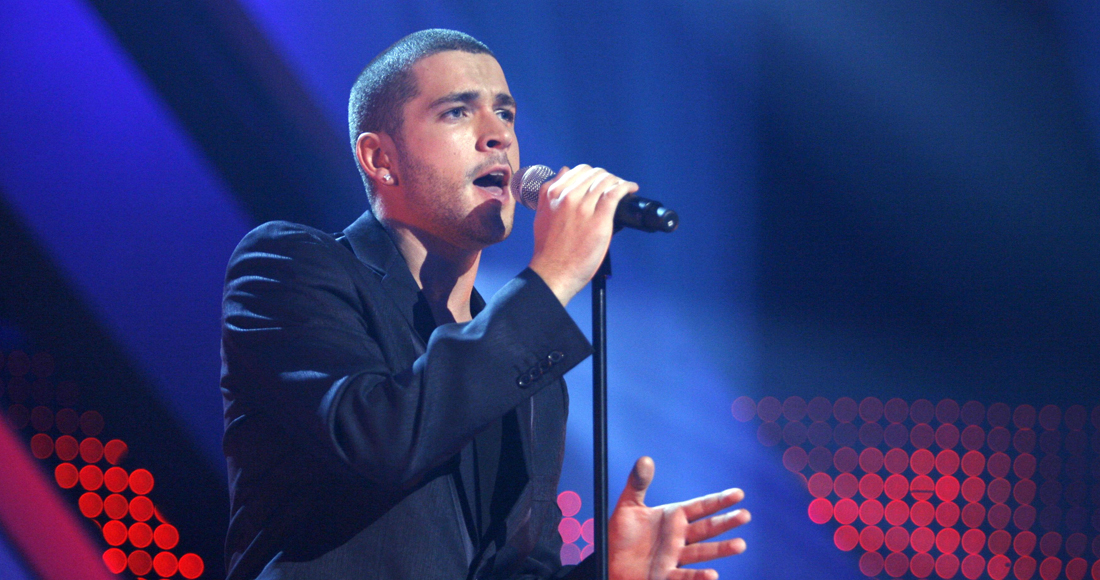 15 years ago, something shifted in the landscape of British pop music.

Shayne Ward, after triumphing in the second series of The X Factor, debuted at Number 1 on the 2005 Official Christmas Chart with his debut single That's My Goal.

It was the first X Factor winner's single to gain the coveted Christmas Number 1 - a year previously, Steve Brookstein's Against All Odds debuted at Number 2, although it did peak at Number 1 a week later - but by no means the last.

In the next decade, six further X Factor winners would all gain the festive chart crown - Leona Lewis, Leon Jackson, Alexandra Burke, Matt Cardle, Sam Bailey and Ben Haenow - meaning that Shayne's success set a precedent (and a formula) for reality TV's dominance of the Official Chart as the show grew in stature and popularity.

But for a moment - let's focus in on That's My Goal, and its somewhat overlooked success on the Official Singles Chart.

It debuted at the top spot on Christmas 2005, beating out competition from Nizlopi's JCB Song (a chart-topper in the previous week) at Number 2 as The Pogues and Kirsty MacColl, whose classic Fairytale at New York re-surged to Number 3 thanks to the introduction of downloads into the chart that year.

That's My Goal's sales are a testament to how powerful The X Factor could be at its peak. Shifting 742,000 copies in its first sales week and 313,000 on its first day alone, it still ranks as the 17th best-selling debut single of all time in the UK. Despite being released in the last week of 2005, the song finished as the year's second best-seller, behind Tony Christie's Comic Relief single (Is This The Way To) Amarillo.

As it stands today, the song still has an impressive legacy - and is still the third best-selling X Factor winners single, behind James Arthur's Impossible and Alexandra Burke's Hallelujah.

Sadly, however, like most X Factor acts (and winners especially), Shayne's chart success was somewhat short-lived. After his first, self-titled album hit Number 1 on the Official Albums Chart and spawned a further two Top 10 singles, he released a further two records and parted ways with Syco. He released one more independent record in 2015 before finding success as an actor on the West End and in Coronation Street.

But perhaps Shayne's biggest legacy is kickstarting a trend that had a few outliers (namely Joe McElderry's Christmas Number 1 bid being de-railed in 2009) but on the whole, dominated the festive period for the next decade.

Listen to the UK Top 40 from this week in 2005 on Spotify below. You can also listen to this playlist on Deezer and Apple Music.