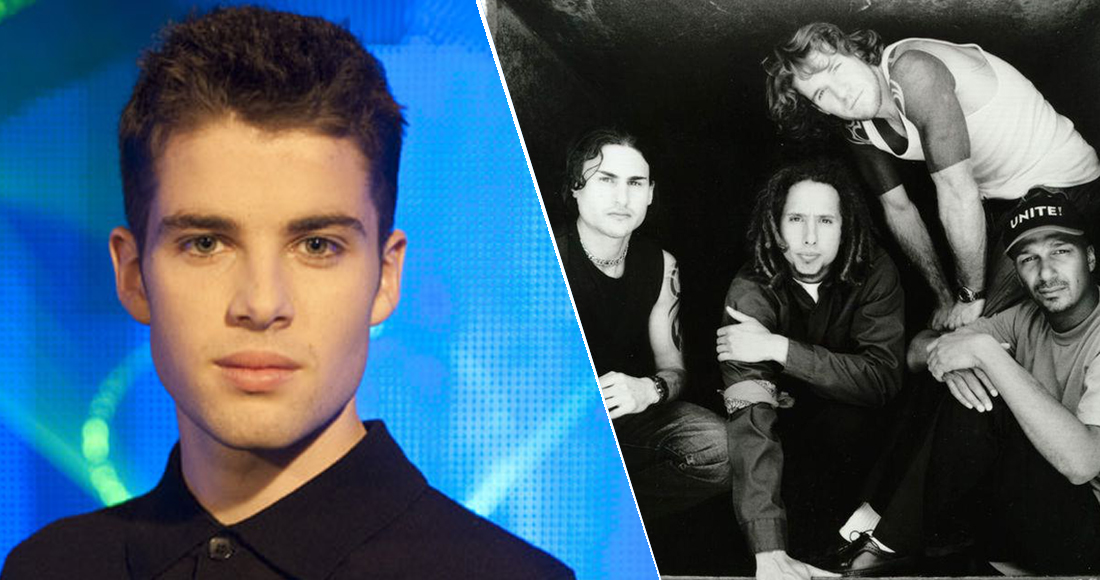 The race to the Official Christmas Number 1 is always hotly contested, with no secret formula to work out who’s going to grab the festive top spot.

Over the years, it's been impossible to predict, with tunes you’d think a dead cert to soundtrack the arrival of Santa’s sleigh ending up grounded in the slush, making way for more random tracks to grab the glory.

By 2009, however, the Christmas Number 1 race wasn’t so wide open. With the final of talent show The X Factor coinciding with the all-important Christmas chart week, a winner’s single had taken pole position for the last four years.

After Shayne Ward’s That’s My Goal (2005), Leona Lewis’s A Moment Like Thus (2006), Leon Jackson’s When You Believe (2007) and Alexandra Burke’s Hallelujah (2008), the latest hopeful with his eye on the top spot was young Joe McElderry with his cover of Miley Cyrus track The Climb.

There were several attempts to derail Alexandra Burke’s victory the year before with various campaigns, including a movement to get the late Jeff Buckley’s version to Hallelujah to Number 1 instead. Another of those crusades, organised by DJ Jon Morter and wife Tracy, focused on making Rick Astley’s Never Gonna Give You Up the Christmas Number 1, to capitalise on the “rickrolling” phenomenon at the time.

It was unsuccessful, but it did inspire a new campaign in 2009. This wasn’t anything personal against Joe – the campaign was launched before he was crowned winner – but the Morters decided that when it came to 2009’s Christmas Number 1, X would certainly not mark the spot.

Starting out as "one of those little silly ideas that make you laugh in your own house", Jon and Tracy started to think about the chart battles of their younger days and how fun it would be to get another song to Number 1.

"I didn't really have any expectations when I started the campaign," said Jon when we caught up with him in 2014 to reminisce. "Obviously I hoped it would work but you never really know when you first kick off these things."

And the song they chose? LA rock band Rage Against The Machine’s anarchic Killing In The Name, originally a Number 25 hit in 1993, of course. "I felt it was a perfect antithesis to anything The X Factor would put out," said Jon. "Plus as a bonus the feeling of the song just fit perfectly with what I wanted to do."

Warning before you play the video: it features some X-rated language.

Kicking things off, Jon and Tracy set up a Facebook campaign page and used the full might of social media to attract attention to their quest.

The campaign struck a chord with the public and the media, and soon the 2009 Christmas Number 1 race was all over the news.

"I think the tipping point for me was the Facebook group numbers going up by literally hundreds of people every few seconds, it was crazy. When Rage Against the Machine appeared with me on BBC Radio 5Live and all hell broke loose... That's when I really believed we could do it."

The band had been asked to censor themselves when performing on the radio, but, well, this is rock and roll, and they kind of didn’t. The clip went viral and it was the extra push the song needed.

The battle for Christmas Number 1 raged on through the week but when the final whistle went, it was Rage Against The Machine who finished in front, selling an incredible 502,000 copies to Joe’s still very respectable 450,000.

Jon was astonished when he heard his hard work had paid off. "I felt pretty spaced out I have to say...I went into my kitchen and made a cup of tea." But he missed the big announcement itself. "I was in a cab with the driver Mark taking me to BBC TV Centre, and I only knew it was announced as my phone was chirping like mad!

Natural order was restored the following week when Joe sold a further 195,000 copies and took the Number 1 spot, relegating Rage Against The Machine to runners-up, their job done.

View the Top 100 Official Singles Chart from that week

To mark Rage Against The Machine and The Morters' place in the Official Charts history, renowned illustrator JAKe put together this comic strip to tell the now famous story. Click the image to enlarge. 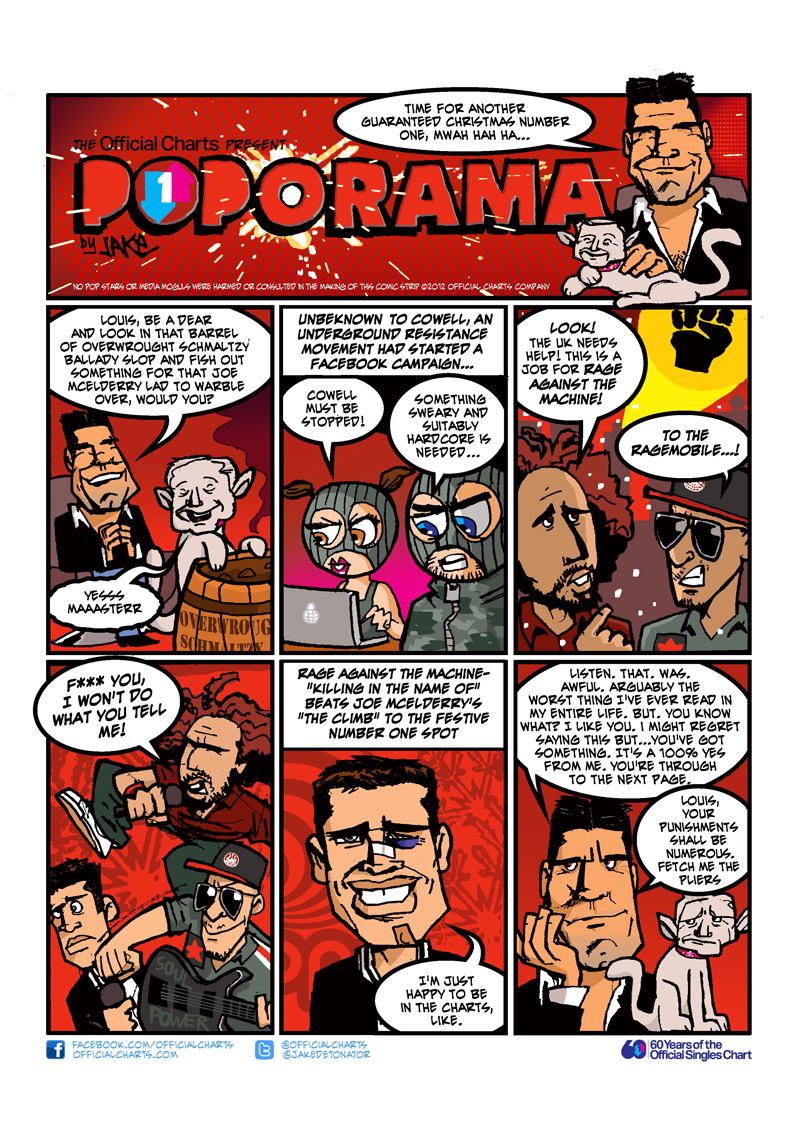