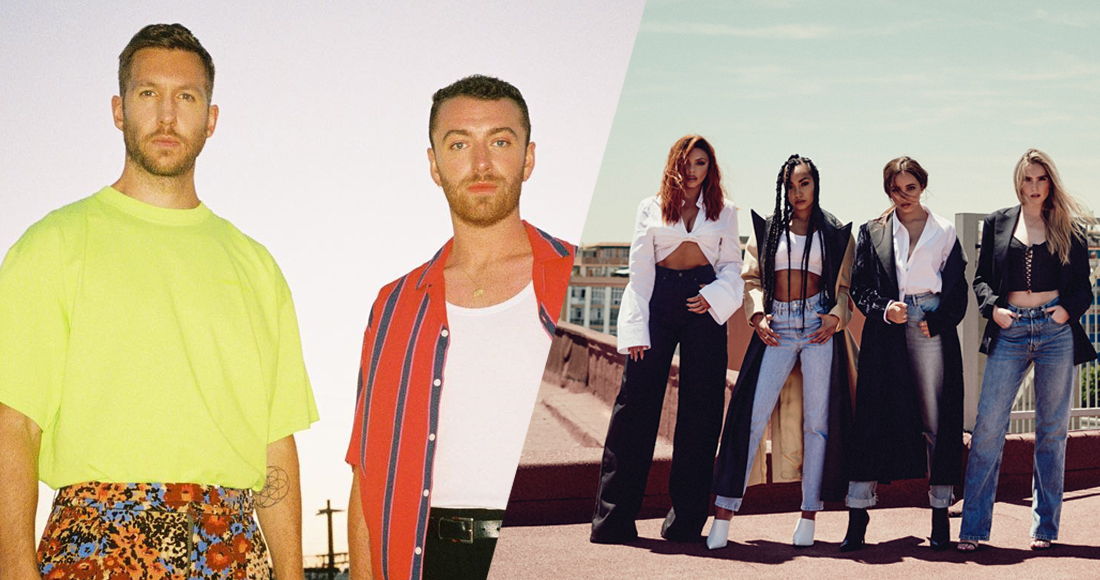 Calvin Harris and Sam Smith have reclaimed the Number 1 on this week’s Official Singles Chart.

The pair’s track, Promises, chalks up a sixth stint at the top after being ousted last week by Dave’s Funky Friday ft. Fredo, which slips to Number 2, finishing a very close 1,026 combined sales behind. Funky Friday was the most streamed song of the week, with 7.13 million plays over the last seven days.

Promises is Calvin’s tenth UK Number 1 single and Sam’s seventh. Both rank among the acts with the most chart-toppers this decade.

Little Mix claim this week’s highest new entry with Woman, landing at Number 5 after leading the way earlier in the week. The track is the first taster of their upcoming fifth album LM5.

US rapper Kodak Black makes a strong debut with Zeze ft. Travis Scott and Offset, new at 11, as does reggaeton star Bad Bunny with MIA – his Drake collaboration enters at 13.

Further down, there are big climbs for French Montana’s No Stylist ft. Drake, up from 29 to 19, and DJ Snake’s mega collaboration Taki Taki ft. Selena Gomez, Cardi B and Ozuna zooms 12 spots to Number 21.