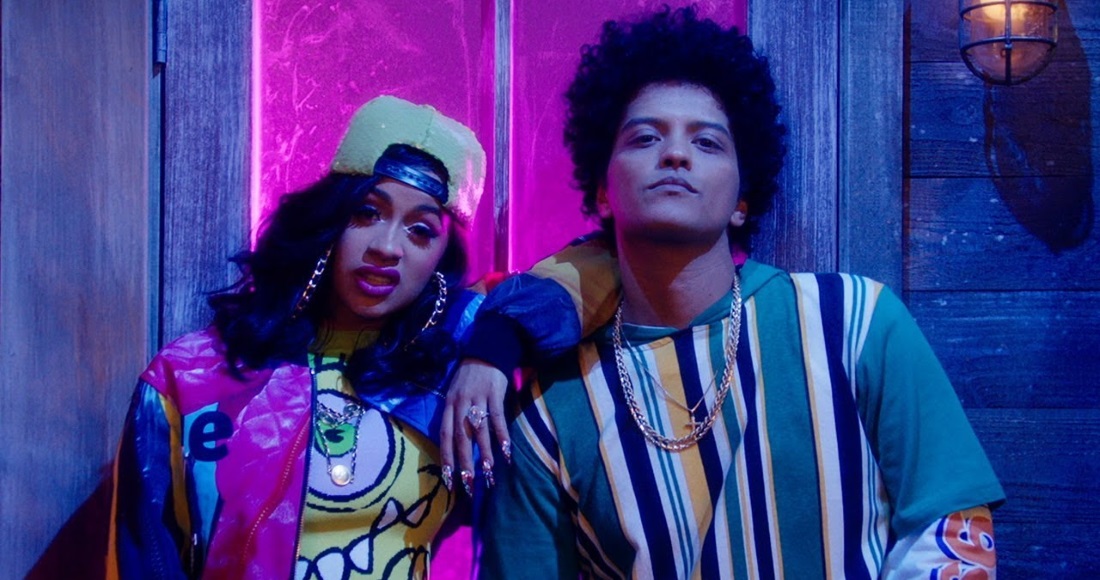 Bruno Mars has delivered a mighty throwback to the 90s with his new single Finesse.

The track which features on his latest album 24K Magic but has been given the remix treatment and now features rapper Cardi B.

The song's official video sees the pair paint the town red with the help of Bruno's slick dance moves. "This video is dedicated to one my favorite T.V shows of all time," he tweeted, later revealing the clip is inspired by '90s sketch comedy series In Living Color.

"I had sooo much fun doing this video. It felt like a BBQ", explained Cardi B on Twitter. Presumably it was like a BBQ because Cardi is on fire right now - her first three singles are currently in the Billboard Hot 100's Top 10 in the US (No Limit, MotorSport, Bodak Yellow), making her only the third artist to have their first trio of hits in the Top 10 at the same time, a record she shares with The Beatles and Ashanti.

Finesse is the fourth single taken from Bruno's third studio album, following the Top 40 hits 24K Magic, That's What I Like, and Versace on the Floor, which was reworked by David Guetta for its single release. 24K Magic reached Number 3 on the Official Albums Chart in November 2016.

MORE: 20 remixes that gave songs a boost on the Official Singles Chart

Bruno will bring Finesse and many more hits to the UK in the summer when he headlines Barclaycard presents British Summer Time Hyde Park, one of our music events to watch in 2018.

Bruno is also one of the leading nominees for this year's GRAMMYs - he's up for six gongs including Album of the Year, Song of the Year and Best R&B Song.

OfficialCharts.com also recently revealed that the biggest single of 2017 not to reach the Top 10 in the UK was Bruno's That's What I Like. Find Check out the full Top 40 list of the year's biggest singles here.