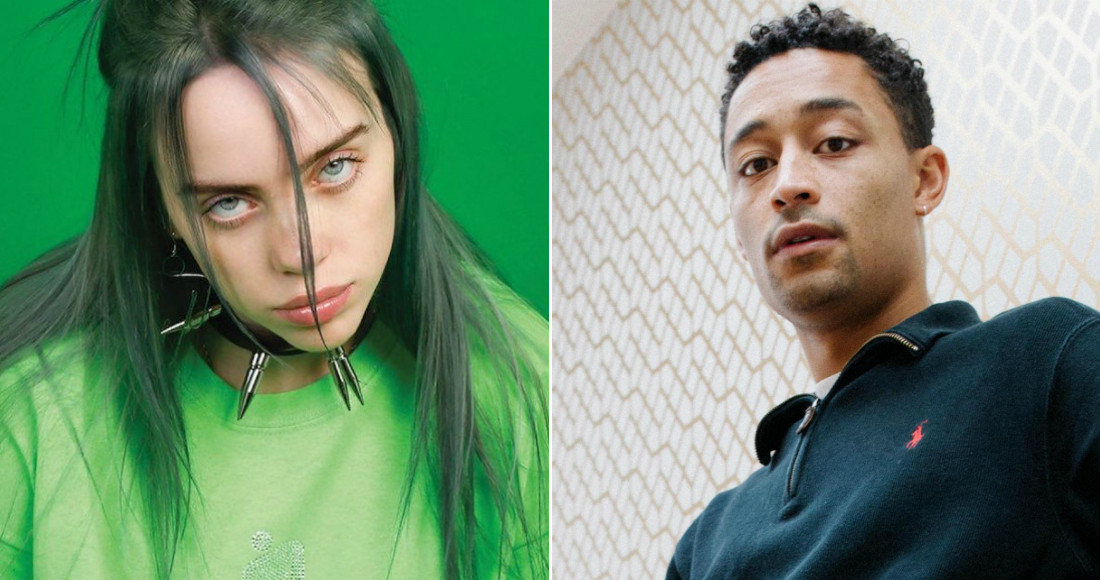 Billie Eilish's When We All Fall Asleep Where Do We Go? has had a reawakening this week, returning to the top of the Official Albums Chart.

Billie's debut album, now certified gold by the BPI for over 100,000 sales in the UK, enjoyed a two-week stint at Number 1 earlier this month before being deposed by Korean boyband BTS. Perhaps boosted by a further performance at US music festival Coachella last weekend, When We All Fall Asleep Where Do We Go? reclaims the top spot, finishing over 6,000 combined sales ahead of nearest rival The Greatest Showman, at 2.

Loyle Carner scores a new chart personal best thanks to his second album Not Waving But Drowning. Going straight in at 3 to claim this week's highest new entry, it's Loyle's first Top 10. More good news: Not Waving But Drowning, the follow-up to his Mercury Prize-nominated debut Yesterday's Gone, is the biggest selling album in independent record stores across the UK over the last seven days.

Rock'n'roll legends The Rolling Stones land a 39th Top 10 album with Honk, new at 8, while singer-songwriter Jade Bird goes in at 10 with her self-titled debut.

Big week for Beyoncé: her 2016 album Lemonade returns to the Top 40 following its addition to streaming services after being Tidal-exclusive, re-entering at 11; and there's a huge leap for her Homecoming live album, recorded at her headline gigs at Coachella in 2018, zooming 63 slots to 25 – her eighth Top 40 album.

Showaddywaddy are new at 15 with Gold, which marks the 45th anniversary of their first hit; Peckham rockers Fat White Family land a first Top 40 with Serfs Up! at 17, and iconic girl-group Bananarama are back in the Official Albums Chart Top 40 for the first time in 30 years – In Stereo is new at 29.