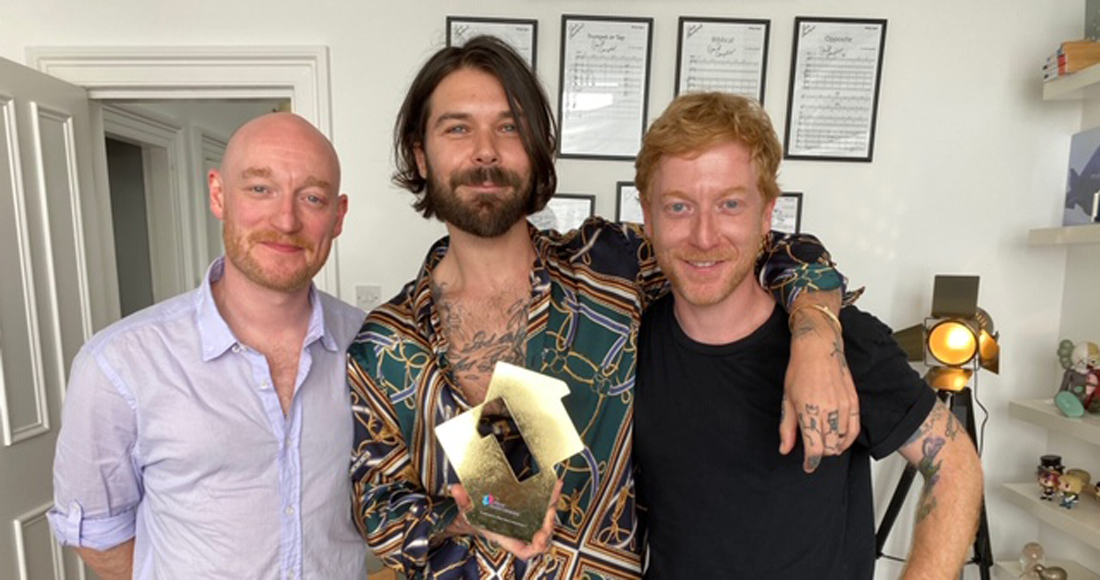 Biffy Clyro have a lot to celebrate today (Aug. 21) as their new album, A Celebration Of Endings, lands straight in at Number 1 on the Official Albums Chart.

The Scottish alt-rock band’s ninth album is their third to reach the UK summit, shifting 26,000 chart sales this week, including 8,000 copies on vinyl.

Celebrating the news, Biffy Clyro told OfficialCharts.com: "Thank you so much for taking A Celebration Of Endings to Number 1 in the Official Albums Chart. We’re very proud of this record, thank you for listening."

The band end Taylor Swift’s three-week reign at Number 1 with Folklore, which drops to Number 2, while indie-rock group Sea Girls make an impressive debut at Number 3 with their first album Open Up Your Head – this week’s best-selling album in independent record shops.

Elsewhere in the Top 10, Manic Street Preachers’ lead singer James Dean Bradfield is new at Number 6 with his first solo studio album in 14 years Even in Exile. It marks James’ first Top 10 as a soloist, and his 14th including his career with the Manics. Brighton folk-punk outfit Levellers also land in this week’s Top 10 with Peace at Number 8, their first album in eight years.

Just outside the Top 10, Burna Boy’s fifth album Twice As Tall is new at Number 11, marking his highest-charting record in the UK to date. Close behind at Number 12 is British folk singer Kate Rusby with her new collection Hand Me Down, also her highest-charting album.