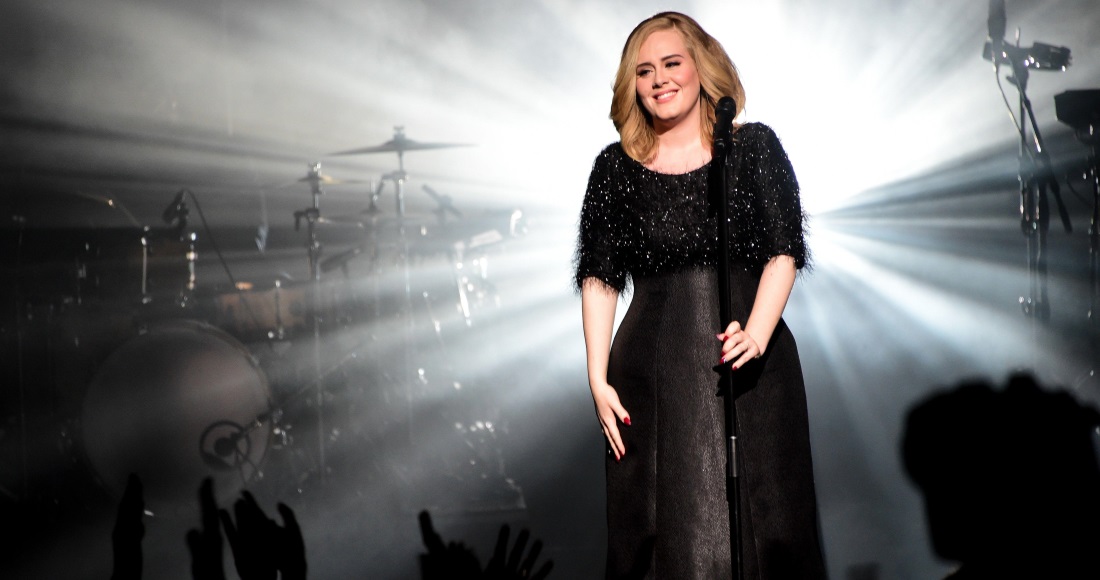 There was little doubt she’d storm to Number 1, but today the Official Charts Company can confirm that Adele’s 25 is the biggest Number 1 album ever.

The highly anticipated album sold a staggering 800,307 copies this week, giving her the highest opening week sales in Official Chart history, beating Oasis’ previous record with Be Here Now (who sold 696,000 in their debut chart week, though it was released on a Thursday so only registered three days of sales).

It’s been an incredible week for Adele. To put the sales figures into context, 25 has sold more than the rest of the Top 75 combined this week (the next 86 albums, to be precise) AND more than the last 19 Number 1 albums in the UK combined also. Its total sales figure this week means it already receives a 2x Platinum certification by the BPI.

As well as having one of the biggest first day sales totals ever, 25 is also the most downloaded Number 1 album ever, shifting an incredible 252,423 digital copies this week. Click here to find out more about Adele's week on the Official Chart.

Martin Talbot, Chief Executive, Official Charts Company comments: “The massive impact of 25 this week marks the moment that Adele has transformed herself from a phenomenon of our age to an all-time great. The statistics surrounding the album are staggering, topped by the simple fact that no album has ever sold 800,000 copies to reach Number 1 in the history of British music.

“What the future holds for 25 will unfold over the coming weeks and months, of course – but we can all be absolutely sure that more records will be toppled as Adele fever grips the nation in the run-up to Christmas.”

Meanwhile, Elvis Presley climbs back up a place to Number 2 with If I Can Dream, and Justin Bieber’s Purpose is at 3.

Enya scores her highest charting album in 18 years today with Dark Sky Island, which debuts at Number 4. The record is the Irish singer’s first studio album in seven years and matches the peak of her 1997 Best Of collection.

Completing this week’s Top 5 are One Direction with their former Number 1 album, Made In The A.M.

Olly Murs’ Never Been Better re-enters the Top 10 at Number 9 this week, thanks to a special edition re-release, and Take That’s re-pack of their latest album III lands at Number 11.

A new edition of Cilla Black – The Very Best Of is new at Number 17 this week (the album topped the Official Chart earlier this year after her death), Status Quo’s Accept No Substitute – The Definitive enters at 21, and Tracy Chapman’s Greatest Hits lands at Number 30.

Finally, Maroon 5’s Singles collection (35), Benjamin Clementine’s Mercury Prize-winning album At Least For Now (37) and Queen’s A Night At The Odeon (40) all earn a place in this week’s Top 40.