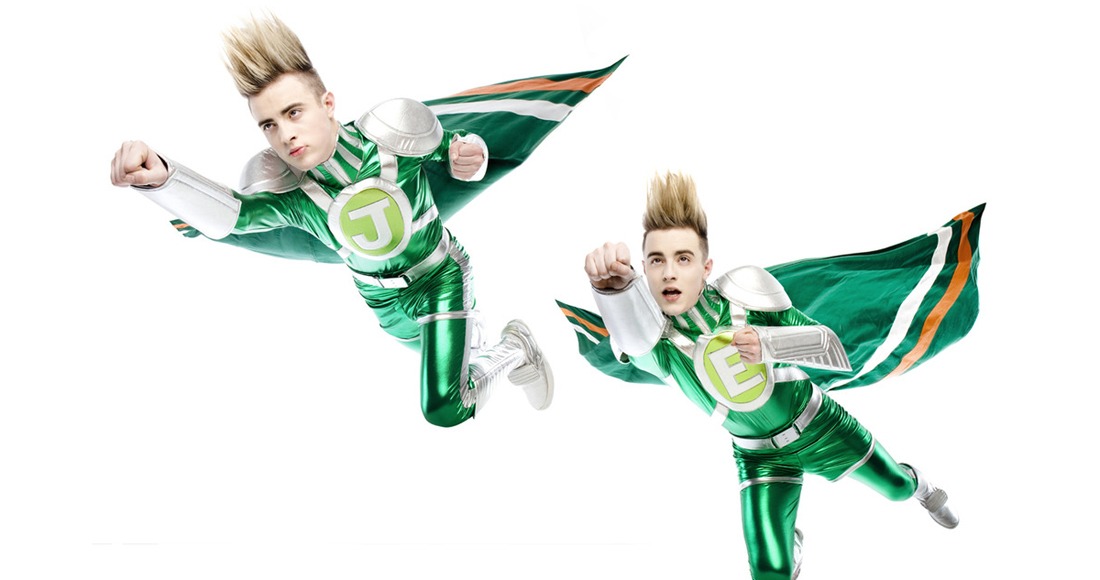 Jedward are identical twins born John Paul Henry Daniel Richard Grimes and Edward Peter Anthony Kevin Patrick Grimes on October 16, 1991 and are an Irish singing and television presenting duo. Jeward first shot to fame as contestants on the sixth series of The X Factor in 2009, where they were eliminated in favour of Olly Murs in week seven of the competition. Jedward fever, despite them not winning the competition, developed to the extent where the twins’ managed to eclipse winner Joe McElderry’s fame, when their debut album, 2010’s Planet Jedward became an Irish Official Chart Number 1. The twins have since released further musical works, and appeared on Celebrity Big Brother, Celebrity Road Trip as well as presenting children’s TV show and representing Ireland in both the 2011 and 2012 Eurovision Song Contests.