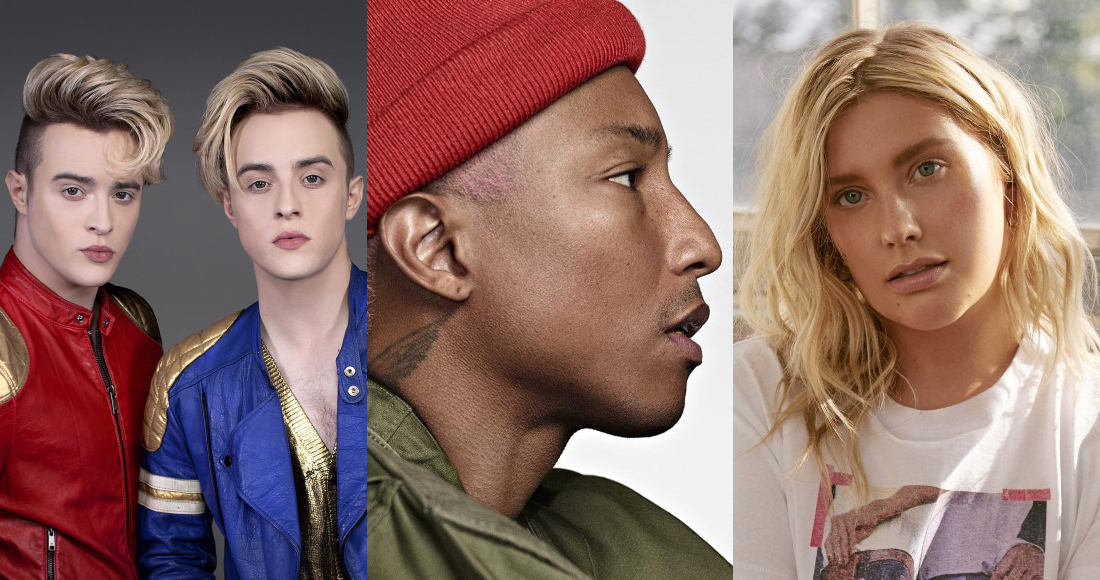 Getting to Number 1 is no easy feat, and holding on to the top spot is a tough task. Returning to the summit, well, that is even more difficult. Rebounding back to Number 1 on multiple occasions? It is pretty much unheard of.

So what qualities make a song possess that magic, bounce-back ability? In the case of these three history makers, they’re all instantly catchy and are related to a popular TV show or film, putting the stars behind them in the eyes of wider audiences than perhaps they would have without that association.

So who was the first act to do it since verifiable records started in 1997? It was X Factor and Eurovision icons Jedward! Before John and Edward flew the flag twice for Ireland at the historic song contest, the two were etching their names in the Irish Chart history books.

MORE: Ireland's fastest-selling debut albums of the decade between 2010-2019

In February 2010, the Dubliners’ debut single Under Pressure (Ice Ice Baby) went straight in at Number 1, which in itself is an impressive start to any career. The song was dislodged by charity single Everybody Hurts by the Helping Haiti collective, a worthy reason to vacate the top spot – but Jedward reclaimed it for another two weeks, and it seemed like the identical twins were set for a hefty stint at Number 1.

In come Boyzone. Juggernauts of Irish pop past and present would lock horns for the next three weeks, as Gave It All Away - Ronan, Shane, Mikey and Keith’s first single since the death of bandmate Stephen Gately - debuted at Number 1, a fitting tribute considering it was their last new single to feature Stephen’s vocals. Jedward and Boyzone went back and forth over the coming weeks, allowing Jedward to claim three separate stints at Number 1. Under Pressure (Ice Ice Baby) ended 2010 as the year's second-biggest song.

Fast-forward to 2014 for the second and third times this distinction has happened, the most recent occurrences to date.

The first solo artist to achieve the feat was Pharrell who topped the charts for 12 weeks overall with Happy, those weeks split across three separate stints. Taken from the hit movie Despicable Me, Happy did what it said on the tin and lifted spirits across the world.

Happy first spent seven weeks at Number 1 across January and February, before giving Clean Bandit a chance to visit the chart penthouse. After their two-week stay, Pharrell checked in again for another fortnight. Then Duke Dumont & Jax Jones and 5 Seconds of Summer took turns at Number 1, only for Pharrell to take up his third residency for another three weeks.

Number 1 across January, February, March and April, it's no surprise that a song with four months of chart topping ended 2014 as the biggest song of the year.

The ninth biggest song that year was Ella Henderson's Ghost, also the second longest-reigning Number 1 of 2014, spending six weeks on top. Following her shocking X Factor exit in 2012 losing out to future winner James Arthur in deadlock, the public were outraged and subsequently supported Ella's debut single in their droves.

Ella had teamed up with OneRepublic's Ryan Tedder - the man behind Leona Lewis' Bleeding Love - for writing duties on Ghost and lightning struck twice for Ryan when it came to working with X Factor alumni. The recipe for success saw Ella storm to Number 1 on the Official Irish Singles Chart that June.

5 Seconds of Summer and Ariana Grande & Iggy Azalea each managed a week at Number 1 to dethrone Ella, but Ella dusted herself off and reclaimed the top spot from each act. Bettering Jedward and Pharrell, Ella would then score a fourth separate stint at Number 1 when she kicked off Cheryl Cole & Tinie Tempah from the helm. Now that's the power of a popstar with huge potential, a storied start to a career and a brilliant song.