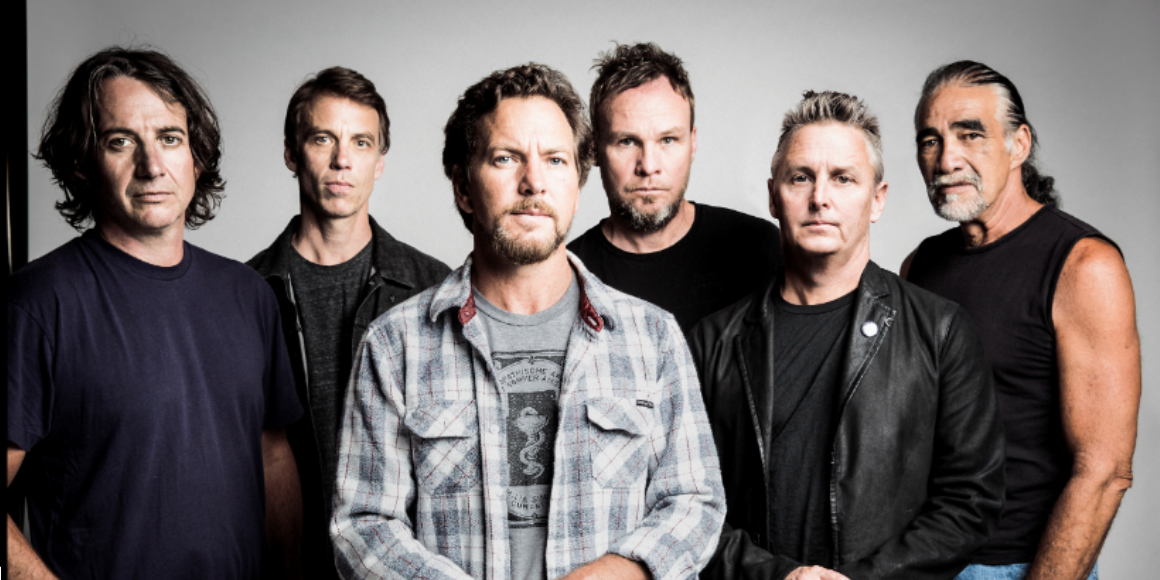 Pearl Jam are an American rock band formed in 1990 in Seattle, Washington. As of 2020, the band's lineup consists of founding members bassist Jeff Ament (born in Harve, Montana on March 10, 1963), rhythm guitarist Stone Gossard (born in Seattle, Washington on July 20, 1966), lead guitarist Mike McCready (born in Pensacola, Florida on April 5, 1966), and vocalist Eddie Vedder (born in Evanston, Illinois on December 23, 1964), as well as drummer Matt Cameron (born in San Diego, California on November 28, 1962), who joined in 1998. Pearl Jam were one of the key bands to benefit from the surge of interest in Nirvana and grunge in general. Pearl Jam have sold nearly 90 million albums worldwide, with UK Official Album Chart entries such as VS, Vitalogy and most recently Lightning Rod. Pearl Jam returned to the studio from a seven year break with their 2020 album Gigaton.